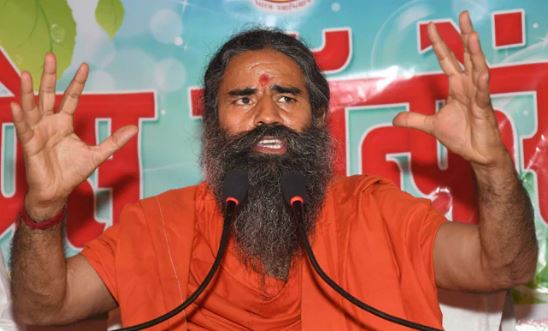 New Delhi: The Supreme Court on Tuesday pulled up Baba Ramdev in connection with advertisements attempting to discredit allopathy and its practicing doctors amid the Covid-19 pandemic, and asked the Centre to restrain him.

A bench headed by Chief Justice N.V. Ramana and comprising Justices Hima Kohli and C.T. Ravikumar said: “Why is Baba Ramdev accusing allopathy doctors? He popularized Yoga. That is good. But he should not criticize other systems.”

When informed about Ramdev’s advertisement in the media against allopathy, the Chief Justice said, “what is the guarantee that Ayurveda will cure all diseases”.

The Chief Justice did not mince any words in criticizing Ramdev for deriding other medicine systems and added that he is accusing doctors, as if they were “killers”.

The counsel appearing for the Indian Medical Association (IMA) pointed at the advertisements, where Ramdev had made disparaging statements against allopathy. He added that representations were made to the authorities but there was no response, and citing advertisements, the counsel added that ‘they say that doctors were taking allopathy, but still they died due to Covid’. “If this goes on unabated…then it will cause serious prejudice to us,” said advocate Prabhas Bajaj, representing the IMA.

The bench asked Mehta, how can Ramdev and Patanjali allege through advertisements in the media that allopathic doctors are killers? The bench said, “What is this?…It is better the Centre restrains him.”

After hearing the arguments, the top court sought Centre’s response on the plea by IMA alleging a smear campaign against the Covid-19 vaccination drive and modern medicine.