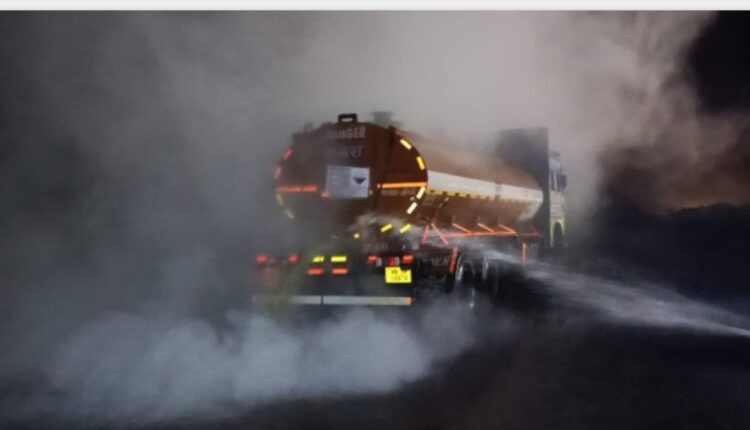 Till the filing of this report, the Fire Service personnel were sprinkling water on the acid tanker to bring situation under control.

An official said as the valve of the tanker was damaged, acid leaked from it. Subsequently the area was filled with smoke.

No loss of property or life has been reported due to the mishap.

The tanker carrying hydrochloric acid was going towards Kolkata from Ganjam.