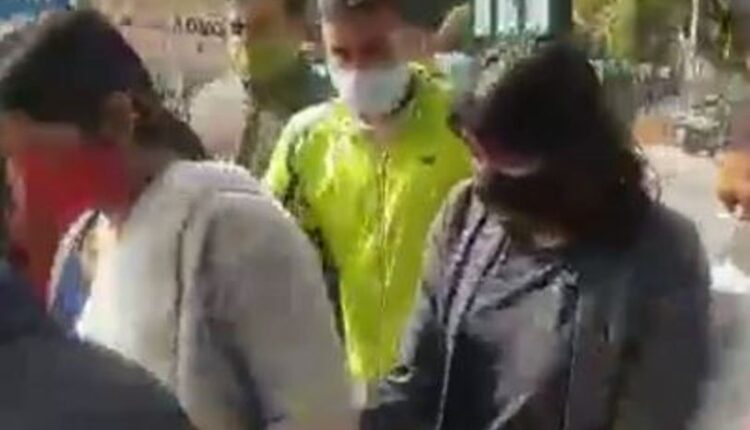 New Delhi: Disha Ravi, arrested by the Delhi Police’s cyber crime cell, is an editor of the ‘Toolkit’ Google Doc and a key conspirator in the document’s formulation and dissemination and she started the WhatsApp group and collaborated to draft the document, the police said on Sunday.

She worked closely to draft the document, the Delhi Police said after Disha was taken into custody for five days.

“In this process, they all collaborated with pro-Khalistani Poetic Justice Foundation to spread disaffection against the Indian state. She was the one who shared the Toolkit doc with Greta Thunberg,” said a senior police officer.

Disha who was arrested from Soladevanahalli area of Bengaluru on Saturday broke down in the courtroom and told the Duty Metropolitan Magistrate that she did not make the ‘Toolkit’ but only “edited two lines on February 3”.

However, the Delhi Police also said that she asked Greta to remove the main document after its incriminating details accidentally leaked into the public domain. This is many times more than the two lines editing that she claims.

According to the police, the unfolding of events during the farmers’ protest on January 26, including violence near the Red Fort, allegedly revealed copycat execution of the ‘action plan’ detailed in the ‘toolkit’.

The Delhi Police had registered an FIR on February 4 on charges of sedition, criminal conspiracy and promoting hatred among groups under Sections 124-A, 120-A and 153-A of the Indian Penal Code against the “creators” of the ‘toolkit’, which was shared by climate activist Greta Thunberg.