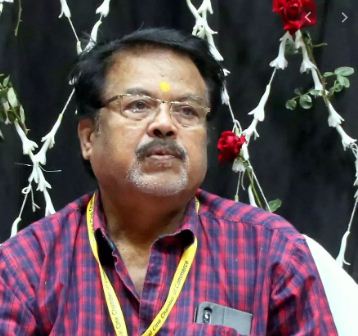 He was admitted to the CARE Hospital here for continuation in treatment, sources said. He was yesterday discharged from a private hospital in Hyderabad and brought to Bhubaneswar in a bus ambulance.