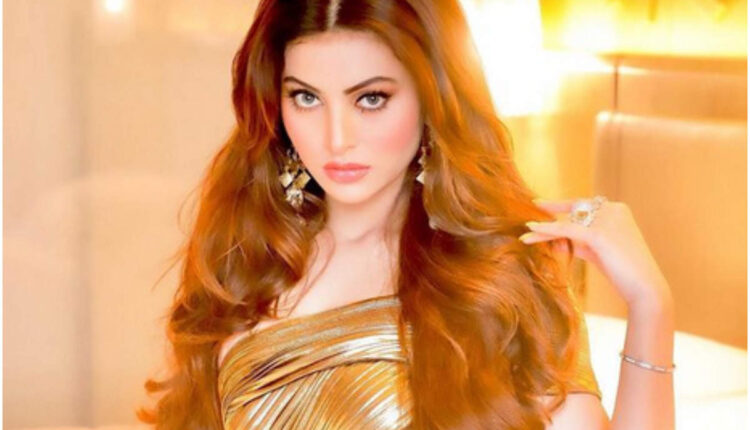 New Delhi: Actor Urvashi Rautela, who made her Bollywood debut with ‘Sing Saab the Great’ and appeared in films like ‘Sanam Re’, ‘Great Grand Masti’, ‘Hate Story 4’ and ‘Pagalpanti’ will be seen in a Telugu adaption of Shakespeare’s ‘The Merchant of Venice’.

“It has been titled ‘Black Rose’ and will be directed by Sampat Nandi. I am really looking forward to this one.”

“I am playing the leading role in the film. There are two heroes in the film — Vineet Kumar of ‘Mukkabaaz’ fame and Akshay Oberoi. The movie is slated to release in the first half of 2022. I play a Lucknow-based girl who is quite glamorous. Also, there is ‘The Legend’ which is going to be released in Hindi, Telugu and Malayalam. In this one, I essay the role of a microbiologist. Also, ‘Inspector Avinash’ in which I play Randeep Hooda’s wife.”

The actor who is working with a wide variety of directors and is part of films with diverse budgets feels that what really matters is the story she is part of.

“For me, the theme, the character, what it is doing in the script is what matters most. Everything else comes later.”

Looking forward to essaying roles in period-war dramas, she says that mythologies have always fascinated her.

“I would love to perform in mythological films based on the Mahabharata and Ramayana.”

Adding that OTT platforms have changed the way content is consumed, she feels that while some films are meant for digital platforms, others are not.

“Many large-budget films are still suited for theatrical release.”

“I was extremely proud to be invited as one of the judges, and an Indian winning the crown made it an unforgettable moment,” says the actor who still models for several International brands, though admits that it is acting that she enjoys more.

Working in both Hindi as well as South Indian film industries, she feels that except for the fact that her fans down South have built temples for her, there is not much difference between the two industries.

“For a professional, it is all about giving her best, be it in Bollywood or films in the South.”

For someone who was recently subjected to much trolling, the key to not getting affected is to focus on work.

“My job is to excel at what I do. I really don’t pay attention to trollers. I try to train myself, improve and find ways of excelling at what I do.”