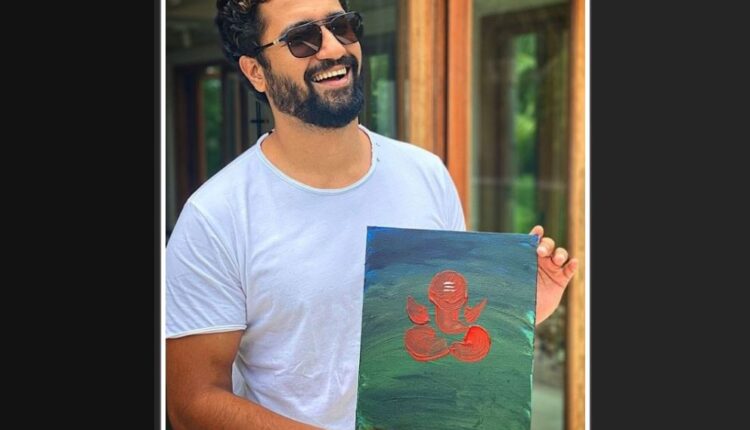 Mumbai: Bollywood actor Vicky Kaushal took to social media on Sunday to flaunt a hidden talent of his. The actor, who enjoys painting as a hobby, shared a photograph of his latest creation, a painting of Lord Ganesha.

Vicky posted a photo on Instagram where he can be seen posing for the camera holding his painting with both hands. The Ganesha is painted in a shade of bright signal red with acrylic colour over a dark blue-green background.

Even though Vicky did not write in his post that he has made the painting himself but he hinted at the same by using emojis of an artist holding a paintbrush and a colour palette.

Meanwhile, the grapevine is abuzz with speculations whether Vicky Kaushal is secretly planning to tie the knot with his rumoured girlfriend Katrina Kaif. However, the rumoured lovebirds have not yet opened up on their relationship status to the media.