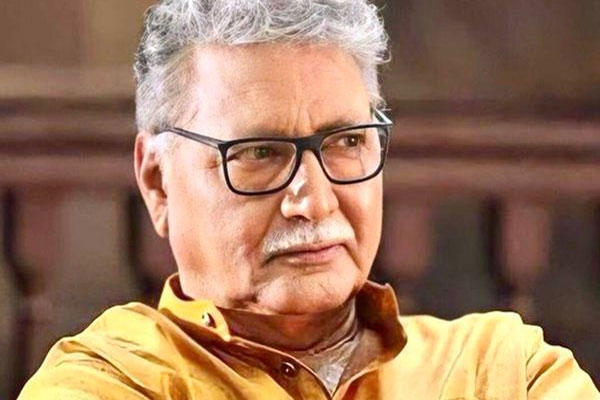 Bhubaneswar/ Mumbai: Veteran actor Vikram Gokhale passed away today in a hospital in Pune where he was undergoing treatment for the past few days.

The actor’s family informed media about his demise. His last rites will be performed at Vaikunth crematorium in Pune today evening.

As per reports, Vikram had suffered multiple organ failures and a team of doctors at the Deenanath Mangeshkar Hospital were trying their best to get him to a stable condition.  After showing a brief improvement, his health condition deteriorated again.

Vikram Gokhale was a celebrated artiste in movies, television and theatre alike. His gained recognition for his work in major Bollywood films like Sanjay Leela Bhansali’s ‘Hum Dil De Chuke Sanam’ (1999), where he played Aishwarya Rai Bachchan’s music maestro father; Kamal Haasan’s ‘Hey Ram’ (2001); as Acharya Yagyaprakash Bharti in ‘Bhool Bhulaiyaa’ (2007); and in Priyadarshan’s rib-tickler ‘De Dana Dan’ (2009) as a diplomat, and many others.

He donned the director’s hat in 2010 with Marathi film ‘Aaghaat’ and bagged the National Film Award for Best Actor category for his Marathi film ‘Anumati’, and has been conferred the Sangeet Natak Akademi Award in 2011 for his Acting in Theatre.