ENTERTAINMENT
By chinmayee dash On Apr 27, 2017 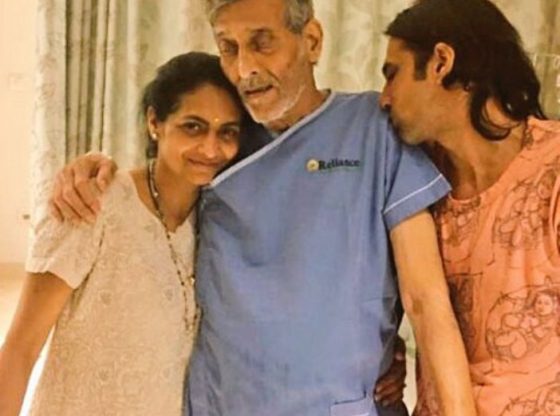 He was 70. He is survived by his wife and two actor sons. The actor-turned-politician was hospitalised due to severe dehydration. Although, he had responded positively to treatment, the doctors failed to save him.

In a brief statement, the hospital said Khanna breathed his last at 11.20 a.m. due to advanced bladder carcinoma.

He was admitted to Sir H.N. Reliance Foundation Hospital in Girgaon, Mumbai, on March 31. He was suffering from cancer.

Khanna was the sitting BJP MP of Lok Sabha from Gurdaspur constituency in Punjab. He was into his fourth term as MP from the seat.

Starting his career with minor roles in 1969, the actor built up a hugely successful career.

He featured in some of the biggest Bollywood hits like “Mere Apne”, “Insaaf”, “Parvarish”, “Muqaddar Ka Siqandar”, “Qurbani”, “Dayavaan”, “Mera Gaon Mera Desh”, “Chandni”, “The Burning Train” and “Amar Akbar Anthony” among many others.

Born in Peshawar (now in Pakistan) into a business family, he attended St. Mary’s School in Mumbai and St. Xaviers High School and Delhi Public School in Delhi and later the Barnes School, Nashik.

He graduated in B.Com from Mumbai’s Sydenham College.

Initially, he started in small roles and grew to playing mostly villains opposite some of the biggest names of that era before seamlessly graduating to lead characters.

At the height of his career, Khanna suddenly took ‘sanyas’ in 1982 to become a disciple of Bhagwan Rajneesh, the founder of Osho, and lived in Pune for five years.

He returned to Bollywood in 1987 and simultaneously got into electoral politics.

Khanna was first elected from Gurdaspur in 1998. He was re-elected in the 1999 and 2004 general elections. He lost narrowly in 2009 to Pratap Singh Bajwa (Congress).

Khanna avenged his defeat in 2014 by winning from Gurdaspur for the fourth time.

A Punjabi born in Peshawar (now in Pakistan), Khanna remained popular in the constituency despite accusations that he remained absent from the area most of the time.