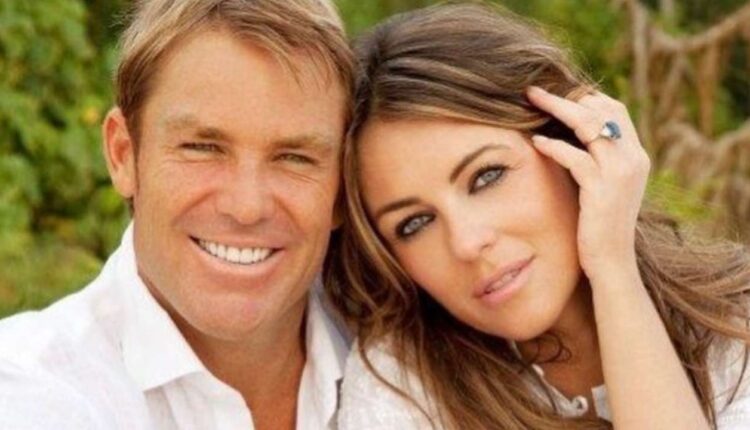 Los Angeles: English model and actress Elizabeth Hurley has penned an emotional note saying that her heartaches as she would not be able to attend the funeral of her former fiance, legendary Australian cricketer Shane Warne, who passed away following a suspected heart attack in a Thai island resort.

Hurley shared a string of throwback photographs with Warne on Instagram. The pictures are from Sri Lanka, where they celebrated their engagement.

“My heart aches that I can’t be in Australia tomorrow for Shane’s funeral. I was filming last night and, with the time jump, physically can’t get there. These pictures were taken in Sri Lanka to celebrate our engagement – we had all our children with us and it was the happiest time,” she wrote alongside the images.

Hurley shared that it still has not sunk in that Warne’s no more.

“It still hasn’t really sunk in that he’s gone. It seems too cruel that all the people who loved him will never have another Lion hug, but our memories will live forever. RIP Lionheart, with love your Luna,” she wrote.

Hurley and Warne were engaged in September 2011 until they split in December 2013, with their relationship attracting significant media glare.

Explained: Why women are more likely to die due to heart attack than men