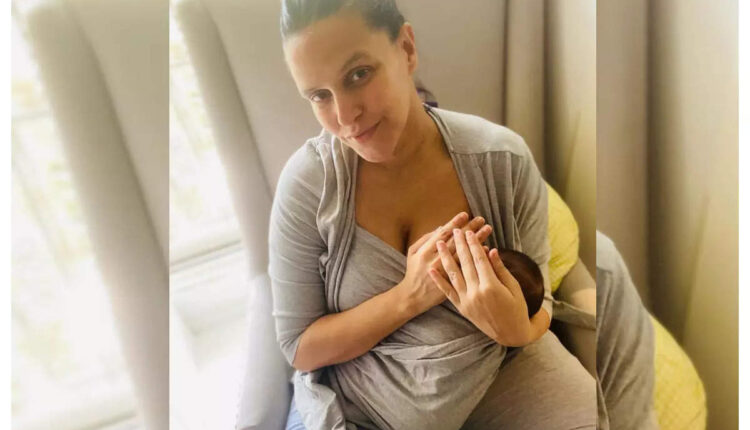 Mumbai: Actress Neha Dhupia has shared a powerful picture of herself breastfeeding her newborn son and titled it “freedom to feed”.

Neha shared the picture, which currently has 82,000 likes on Instagram. In the image, she is seen sitting on a chair breastfeeding her son and covered his face.

“#Freedomtofeed,” she captioned the picture, as she smiled looking at the lens.

Neha and her actor husband Angad Bedi welcomed their second born earlier this month on October 3.

Angad had posted a picture and had written: “The almighty today blessed us with a baby boy. Both Neha and the baby are well.”

“Mehr is ready to pass on the ‘baby’ title to the new arrival. #Bedisboy is here!!!!! Waheguru Mehr kare @nehadhupia thank you for being such a warrior through this journey. Lets make it a memorable one for all 4 of us now,” Angad wrote.

The couple also have a daughter named Mehr, who was born in 2018.

Neha and Angad got married in a hush-hush affair in May 2018. It was in July 2021, the two announced that they are expecting their second child with an Instagram post.