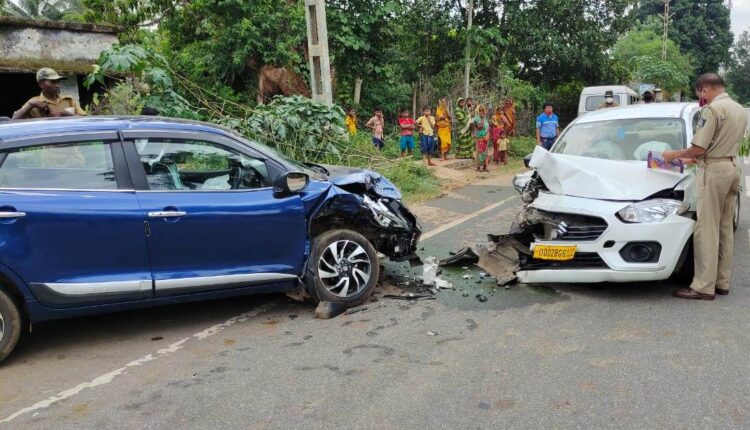 Nayagarh: Boudh Additional Collector NC Jyotiranjan Naik sustained fracture in his leg as the car in which he was travelling collided head-on with another car on NH-57 near Daspalla in Nayagarh district, today.

According to reports, the official was heading towards Daspalla from Boudh when the ill-fated vehicle collided with a car leaving him and five others injured.

A person namely Bibhu Das who was travelling with Naik in the car sustained critical injuries and has been hospitalised.

Pujas to be held without devotees this festive season in Odisha; SRC issues guidelines