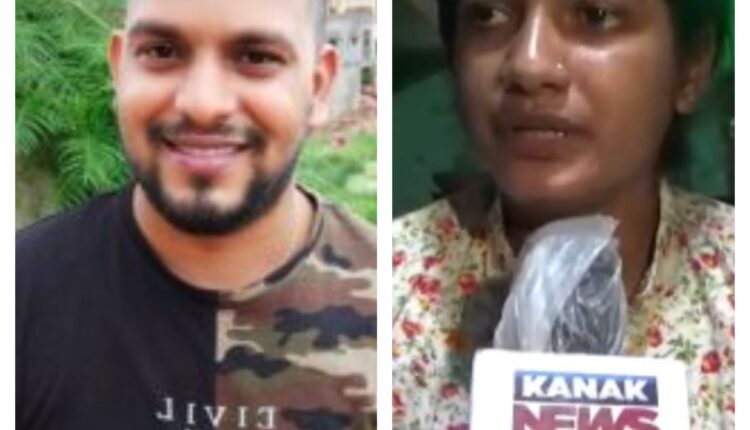 Bhubaneswar: The death mystery of motivational speaker and social activist Aditya Dash has taken dramatic turn. Hours after late social activist and motivational speaker Aditya Dash’s mother alleged that a young woman from Balasore used to blackmail him for marriage, the woman in question today refuted the charges while accepting that she was in a relationship with Aditya.

The young woman, Chinmayee Mohapatra from Oupada in the district claimed that she was in a relationship with Aditya for around four-five months. “It all started from Facebook. However, due to some personal reasons we decided to part ways,” said Chinmayee.

Asked whether Aditya had proposed her, the young woman said he was interested to marry her. “As my father passed away then, my family members were not prepared to marry me off with Aditya, which eventually put an end to the relationship,” she added.

Chinmayee said she had met Aditya for twice at the old-age home run by him in Bhubaneswar. “In presence of the inmates of the old-age home we had brief meetings for half an hour to 45 minutes. Except that, we never met elsewhere,” she said.

Chinmayee further informed she had called up Aditya on March 5 to wish him on his birthday.

In response to the allegations leveled by Aditya’s father while terming her as a ‘pshyco lady’, she said, “Don’t know why such allegations are being levelled against me. I have no such health issues so that someone will call me a ‘phsyco lady’.”

“I am open to face any probe agency, if called for questioning,” she stated.

In her reaction, Bidyashree, wife of Aditya said Chinmayee used to blackmail Aditya and his family for marriage. “She is a psychiatric patient and I have the call recordings of her conversation with Aditya to prove the point. She also issued threatening through TikTok videos,” Bidyashree said.