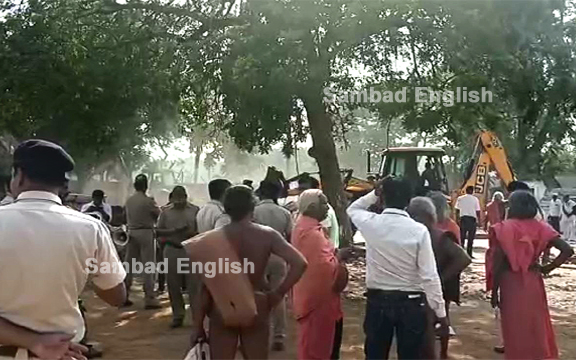 Dhenkanal: A massive eviction was conducted today on the premises of Mahima Gadee main shrine at Joranda in Dhenkanal to clear encroachments. Tension flared up following the eviction.

A senior administrative official said that four platoons of police force have been deployed to avert any untoward incident, keeping in mind the palpable tension prevalent in the locality.

The district administration clamped Section 144 to smoothly carry out the drive. 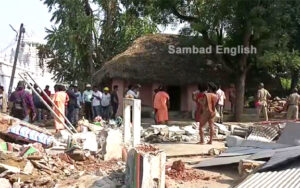 According to the source, a Bati Mandir, a Dhuni Mandir and a Tungi Ghar said to have been illegally constructed by Kaupindhari Mahima Samaj on a large patch of land at Tritiya Bedha inside the main shrine premises and owned by the Bakaladhari Mahima Samaj were demolished.

The eviction drive was started in the presence of a Special Magistrate, the local Sub-Collector and four platoons of police force. Two JCB machines have been engaged for the purpose.