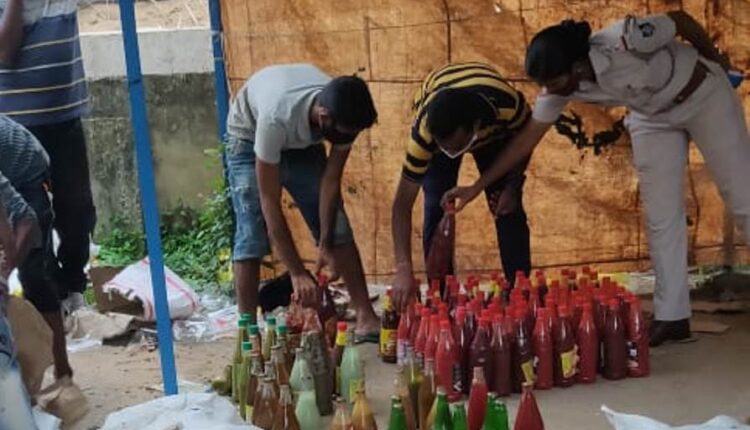 Preliminary investigation showed the accused, Dibyaranjan Mohanty alias Chagala had been manufacturing adulterated and duplicate sauce in the name of Swati Continental sauce, Swati Tomato sauce, New Milan Chilli Sauce, Family Tomato Sauce & R-One Continental sauce. He used to sell and supply the adulterated products to the market for use of public as food products.

A police official said a team has been formed to find out the details of the selling and supplying of the seized adulterated sauce from different locations in Cuttack city and to find out involvement of other persons in the racket.

More than 1,900 bottles of adulterated sauce were seized from the spot, the police official added.

This is the third instance when the Commissionerate Police unearthed an illegal manufacturing unit preparing food supplements in the city.