Advisory to all states including Odisha over assault on doctors 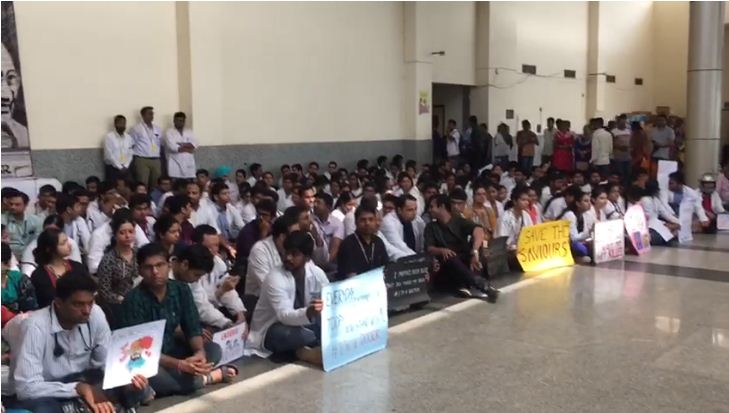 Bhubaneswar: In the wake of doctors strike against brutal assault in West Bengal last month, the Centre has issued an advisory to all the states including Odisha to take immediate measures for inculcating an effective sense of security among the on-duty doctors in hospitals.

In a written reply to a question in the Lok Sabha, Union Health Minister (MoS) Ashwini Kumar Choubey told the House that the incidents of strike by doctors over alleged assault on doctors on duty in various parts of the country have come to notice of the government.

The Union Ministry of Health & Welfare has issued an advisory in this regard to all the states and union territories.

As per the advisory, the security of sensitive hospitals needs to be managed by a designated and trained force. The CCTV cameras will be installed, the Quick Reaction Teams with effective communication and security gadgets to be deployed particularly in the hospitals.

Entry needs to be restricted for the undesirable persons into the hospitals to provide security to the on-duty doctors. The measures also include institutional FIR against assaulters and display of legislation protecting doctors in every hospital and police station.

Brokers on prowl: 4 arrested from Capital Hospital in Odisha…

In the advisory, the Ministry has directed the states to fill up vacant posts of doctors and para-medical staff in hospitals to avoid excessive pressure on them and maintain the global doctor-patient ratio, the Union Minister informed the lower House.

The Centre also asked the states to make a provision for providing extra monetary incentives to doctors and para-medical staff serving in remote areas.

In his answer, Choubey said that the government has constituted a committee to examine various aspects of a uniform legislative framework to address the issue of assault on clinical establishments and doctors on duty.

Here’s the advisory to all the states/union territories for security of on-duty doctors.

1. Security of sensitive hospitals to be managed by a designated and trained force.
2. Installation of CCTV cameras and round the clock Quick Reaction Teams with effective communication/security gadgets particularly at casualty, emergency and areas having high footfalls.
3. Well-equipped centralised control room for monitoring and quick response
4. Entry restriction for undesirable persons.
5. Institutional FIR against assaulters
6. Display of legislation protecting doctors in every hospital and police station
7. Appointment of Nodal Officer to monitor medical negligence
8. Expeditious filling up of vacant posts of doctors and para medical staff in hospitals/primary health centres to avoid excessive burden/pressure on doctors and to maintain global doctor-patient ratio.
9. Better infrastructural facilities and medical equipment and provision of extra monetary incentive for the doctors and para medical staff serving in hard/remote areas as compared to major and metro cities with better career prospects, etc.

Odisha to experience thunderstorm, rain in next two days