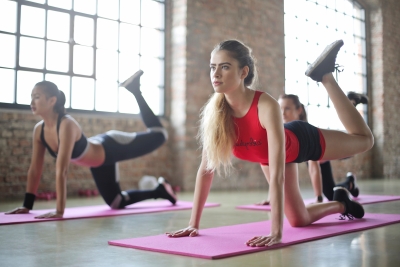 New York: Aerobics, which include brisk walking, swimming, running, or cycling, can help reprogramme the immune system to reduce tumour growth and amplify the effects of immunotherapy, finds a new study.

Published online in Cancer Cell, the study, which focussed on pancreatic cancer, provides new insight into how the mammalian immune system, designed to attack foreign invaders like bacteria, can also recognise cancer cells as abnormal.

Exercise-induced increases in levels of the hormone adrenaline cause changes to the immune system, according to researchers at New York University.

It includes the activity of cells that respond to signalling protein interleukin-15 (IL-15).

The study found that exercise promotes the survival of CD8 T cells sensitive to IL-15, and doubles the number of them homing to pancreatic ductal adenocarcinoma (PDAC) tumours in mice.

Such “effector” T cells have been shown by other studies to be capable of killing cancer cells. Other tests found that aerobic exercise for 30 minutes five times a week reduced the rate of cancer formation by 50 per cent in one mouse model of PDAC, and reduced tumour weight by 25 per cent in another model, in which mice ran on treadmills for three weeks.

In collaboration with The University of Texas MD Anderson Cancer Center, the study authors then found that human patients who exercised before surgery to remove their pancreatic tumours had more CD8 effector T cells that expressed a protein called granzyme B, which confers tumour-cell killing ability.

Patients who exercised and had more of these cell types, had 50 per cent higher overall survival over five years than patients with fewer of them.

“The work helped to reveal that activation of IL-15 signalling in pancreatic cancer might be an important treatment approach in the future.”