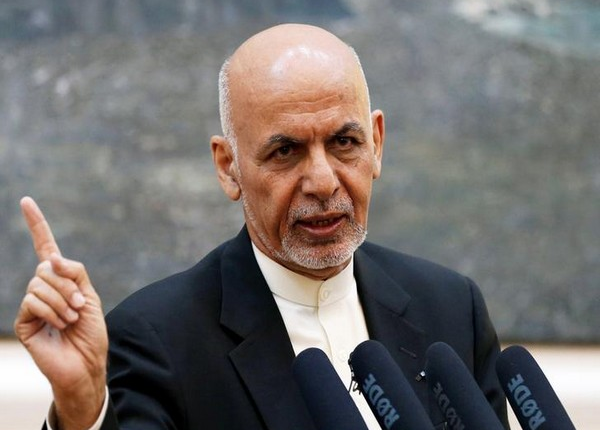 Kabul: Abdullah Abdullah, the head of the High Council for National Reconciliation, has posted a video to Facebook confirming that Afghan President Ashraf Ghani has left the country.

He has asked people to keep calm and for the Afghan security forces to cooperate in ensuring security.

Abdullah asked the Taliban to allow some time for talks before entering the city of Kabul. Taliban forces have been seen within the city but most insurgents remain massed in the city’s outskirts, the Guardian reported.

Earlier in the day, acting Defence Minister Bismillah Mohammadi said that the President has handed the authority of solving the crisis in the country to political leaders.

Mohammadi said that a delegation will travel to Doha on Monday for talks on the country’s situation.

Sources close to the Taliban said that it has been agreed that Ghani will resign after a political agreement and hand the power to a transitional government, reports said.

Afghans have said that they seek a political settlement and an end to the ongoing violence in the country.

Earlier, negotiations were on in the Afghan Presidential Palace to transfer power to the Taliban.

Head of High Council for National Reconciliation Abdullah Abdullah was said to be mediating the process, Afghan media reported.

Sources have also said that Ali Ahamd Jalali will be appointed as head of the new interim government.

Meanwhile, Acting Ministers of Interior and Foreign Affairs, in separate video clips, assured Kabul’s people were secure as they are protecting the city along with international allies.

Earlier, the Taliban, in a statement, assured residents of Kabul no to be afraid as they are not intended to enter the Afghan capital militarily and there will be a peaceful movement towards Kabul.

The Taliban readied its forces on outskirts of the Afghan capital from all sides on Sunday as panicked civilians prepared for the armed group’s takeover of Kabul nearly 20 years after relinquishing power in an American-led assault.

“Our forces have not entered Kabul city, and we just issued a statement saying that our forces will not enter Kabul city,” Shaheen told Al Jazeera from Doha, where peace talks are taking place.

“We are talking and awaiting a peaceful transfer – a transition of the capital city.”

Sirens could be heard along with sporadic gunfire in Kabul. Multiple helicopters were flying above the city centre dropping flares.

The Taliban said it has no plans to take the Afghan capital “by force”.

“The Islamic Emirate instructs all its forces to stand at the gates of Kabul, not to try to enter the city,” a spokesman for the Taliban tweeted, although some residents reported fighters peacefully entered some outer suburbs.

The chief of staff to President Ghani on Twitter urged the people of Kabul: “Please don’t worry. There is no problem. The situation of Kabul is under control.”

Afghan Interior Minister Abdul Sattar Mirzakwal said there would be a “peaceful transfer of power” to a transitional government after the Taliban ordered its fighters to hold back from entering Kabul.

“The Afghan people should not worryï¿½ There will be no attack on the city and there will be a peaceful transfer of power to the transitional government,” he said in a recorded speech.