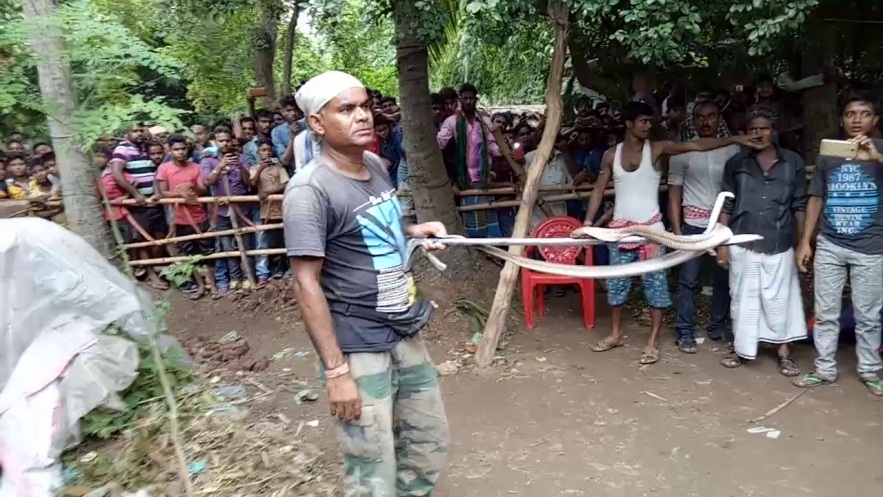 Bhadrak: A day after over a hundred baby cobras were rescued from a house, the snake helpline members today rescued three more huge cobras from the same house here in the district.

The three cobras included one male cobra and two female cobras. They were rescued from the house of Bijay Bhuyan at Paika Sahi in Shyamsundarpur village under Dhamnagar police limits in Bhadrak district.

The snake helpline under supervision of the forest department had launched a search operation after 126 snake hatchlings were rescued from the residence of Bhuyan yesterday. The search operation was halted due to rain last evening.

The operation resumed this morning to trace the snakes from the termite mounds spotted at the house.

The poisonous snakes along with the hatchlings will be released into Hadagarh forest in Keonjhar district.

However, a large number of baby cobras rescued from the house shocked everyone at the village. A female cobra usually lays 20-25 eggs at a time. The huge number of snake hatchlings suggested that possibility of more number of cobras at the locality.

Man ends life after hacking son to death in Odisha’s Bargarh. Here’s why