After 20 years, Jennifer Lopez and Ben Affleck are engaged again 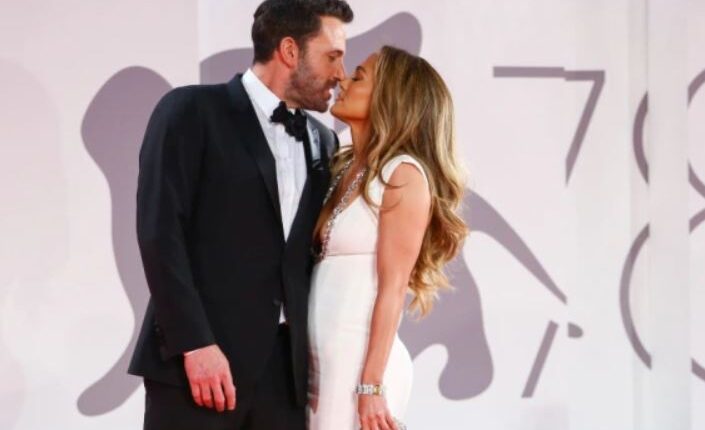 Lopez announced the engagement in a short video via her fan newsletter, On The JLo, in which she stares adoringly at a green-hued diamond ring.

Sources close to the singer say the video is, in fact, an engagement announcement.

Lopez, 52, and Affleck, 49, sparked engagement rumours earlier this week when she was photographed wearing a ring on her wedding finger while shopping in LA with 14-year-old daughter Emme.

Insiders close to Affleck recently told Page Six they wouldn’t be shocked if he had proposed again.

The couple first started dating in 2002 and were quickly dubbed “Bennifer” by fans and the media alike. The two certainly weren’t shy about showcasing their love for each other at the time, including in PDA-packed scenes from Lopez’s “Jenny From the Block” music video.

By November of that year, Affleck proposed to Lopez with a 6.1-carat pink diamond by Harry Winston. The massive sparkler reportedly cost $2.5 million.

Lopez addressed her initial engagement during a sit-down with Diane Sawyer in the 2000s, where she described her fiancA¿ as “brilliantly smart, loving, charming and affectionate.”

She went on to call her stunning ring “the most magnificent thing I’ve ever seen”.

“Due to the excessive media attention surrounding our wedding, we have decided to postpone the date,” the couple said in a joint statement. “When we found ourselves seriously contemplating hiring three separate ‘decoy brides’ at three different locations, we realised that something was awry.”

Lopez called off the engagement in early 2004, and was married to singer Marc Anthony by June of the same year. The couple went on to have twins Max and Emme in 2008.

Meanwhile, Affleck moved on with Jennifer Garner. He married the actress in 2005 and welcomed three children together: daughters Violet and Seraphina, and son Samuel.

Both of their marriages ended in divorce, however, with Lopez entering into another romance with Alex Rodriguez in 2017.

For his part, Affleck was linked to a number of women, including ‘Knives Out’ star Ana De Armas until their January 2021 split.