ODISHA LATESTTOP
By Sambad English Bureau On May 13, 2020 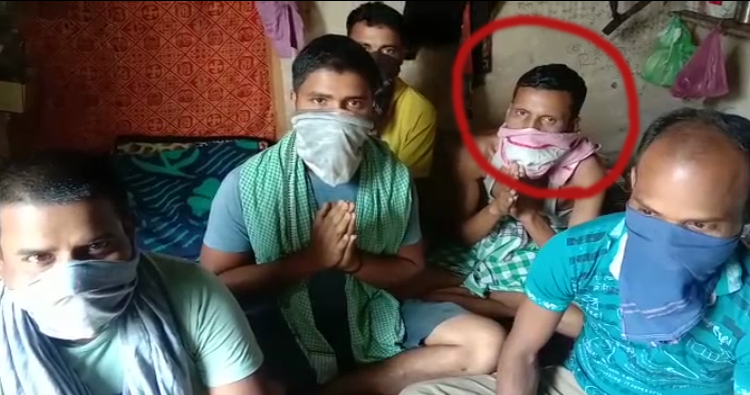 Bhubaneswar/Kendrapara: The imminent extension of lockdown for the fourth time across India due to the COVID19 pandemic reportedly forced a migrant worker from Odisha to commit suicide in Haryana.

The deceased identified as Gangadhar Biswal was employed at a construction company in Yamuna Nagar in Haryana. Biswal, a resident of Bajapur under Rajkanika police limits in Kendrapara district was found hanging from a tree this morning.

Biswal along with several other migrant labourers had posted a video appeal requesting the government to make arrangements for their return as their employer had allegedly stopped paying them. As they ran out of money and other essentials, they threatened to commit suicide if their appeal went unheard.

“It is not possible to walk all the way to Odisha from here. If the government doesn’t make provision for our return to state, we will commit suicide and the Odisha government will only be responsible for that,” Gangadhar had said in a video post that had gone viral recently.

One of the workers said that the company had made their final settlement of dues and told them to make their own arrangement to go back to their respective houses.

“We are around 25 Odias here. We are stranded and have no idea how to reach our village. One of our roommates committed suicide as he anticipated extension of lockdown. He was under severe stress,” said Manoj Lenka, a worker who lived with the deceased.

A pall of gloom descended on the village after the distressing news reached the village.

“He has two sons aged 11 and 6. One of them is physically challenged. His mother is also ailing. They are landless and don’t have other means of income. Government should provide them social security benefits, considering the situation,” said Suryakanta Biswal, a nephew of the deceased.