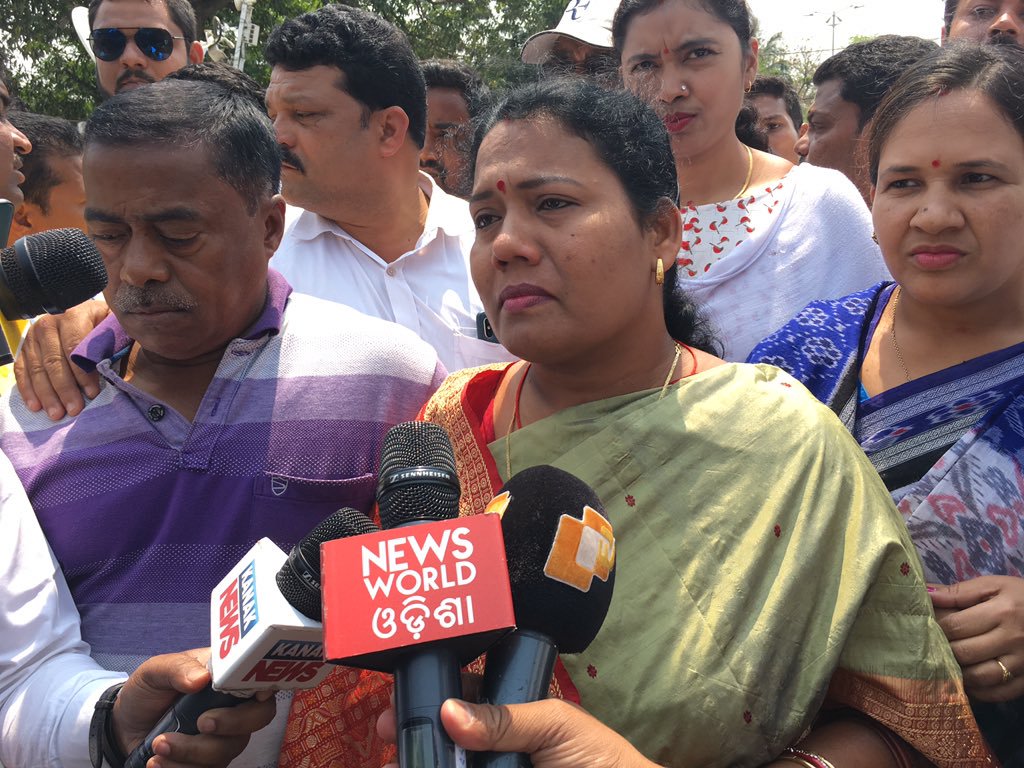 The first-time BJP MLA Kusum Tete from Sundergarh Assembly Constituency drew media glare for her aggressive attitude towards the government officials during a panchayat samiti meeting at Hemagiri recently.

The members at the meeting were stunned to see the stubbornness of the legislator, who broke the protocol by calling upon two of her associates to meeting dais. As her supporters’ names were in the bottom of the signature register, Tete blasted the officials with an open threat to force them to do sit-ups publicly and tore the sheet off.

As per the protocol, no one except the concerned official is allowed to sit on the dais at the meeting.

According to reports, Tete wanted her associates to be with her on the dais. Her anger burst when she found her aides’ names not in the top of the list. She questioned it and directed the panchayat officials to prepare a new register with her associates’ names in top. Later, she threatened the officials to make them sit-ups for failing to obey her order in future.

The entire episode is now heating up the politics following unruly behaviour by BJD MLA Saroj Meher from Patnagarh in Balangir district towards a junior engineer in Public Works Department.

A video had gone viral recently on social media showing the MLA thrashing the engineer and forcing him to do sit-ups in public.

Even after Meher tendered his apology for his inappropriate attitude towards a government official, the engineers’ association as well as the tribal community threatened to hit the streets against the MLA.