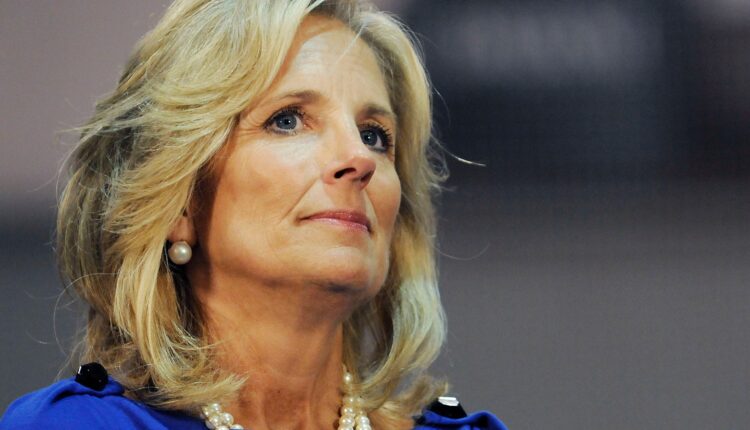 US President-elect Joe Bidden is now officially declared as the President of American and soon will be going to the white house to defeat Donald Trump. But Biden’s wife, Madame First Lady – Jill Biden, has recently grabbed the headlines because of the Bachelor’s degree and doctoral degree.

Dr. Biden holds a Bachelor’s degree and a doctoral degree from the University of Delaware and a Master’s degree from West Chester University and Villanova University separately. Later, she was referred to as ‘Kiddo’ by a man who holds a Bachelor of Arts from the University of Chicago. To which there was a heat of arguments regarding the PHDs stating that the value of PhDs has been reduced to political correctness and relaxation of academic standards. He twitted- “A wise man once said that no one should call himself ‘Dr’ unless he has delivered a child,” he continued. “Think about it, Dr Jill, and forthwith drop the doc.” 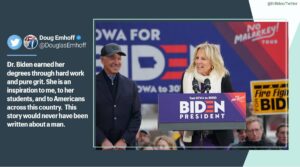 After the incident, US Vice President-elect Kamala Harris’ husband Doug Emhoff, who is a lawyer too, came in support of Dr. Biden and said that such an article should never be written about a man.

Even many lecturers and teachers of Universities have termed this statement as strongly disagrees and a misogynistic view.

Women academics also support Dr. Biden by adding ‘Dr’ to their Twitter handle and stated that dr Bidden was mansplained.