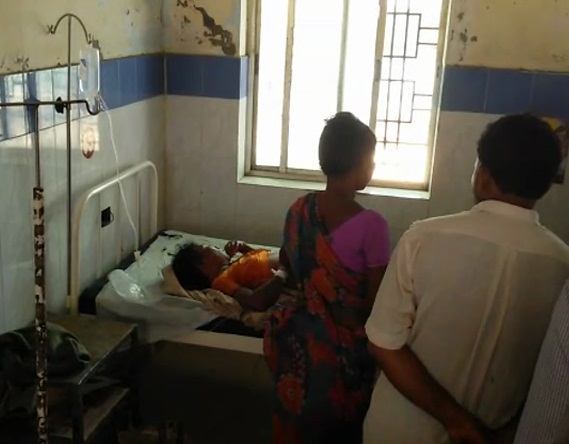 Jharsuguda: Shame! In yet another shocking incident, speaking volumes of the deteriorating law and order situation in the state, a 47-year-old married woman has been allegedly gang-raped at Chichinda village in Chandanimal panchayat under Brajrajnagar police limits in Odisha’s Jharsuguda district.

The 47-year-old married woman, who is a daily labourer and used to stay alone in an Indira Awas house in Chichinda village, was found lying in an unconscious state in a critical condition in the courtyard of her house by her brother Dubaraj Mirdha at about 9 AM today, police sources said.

On finding his sister in such state, Dubraj called up 108 Ambulance service and rushed her to the District Headquarters Hospital here.

A few days back a part of the asbestos roof of the house in which the victim used to stay had given away.

Preliminary investigation by the police suggests that miscreants yesterday night entered the house through the opening in the roof using a ladder to climb before committing the crime.

Four persons have been detained by the police in connection with the incident.

“A rape case has been reported from Chichinda village under Gandhi Chhak police outpost of Brajrajnagar police limits. Medical examination of the victim has been conducted. Four suspects have been detained and they are being interrogated. A case has been registered at Brajrajnagar under sections 450, 307, 376(ii) (D) of the IPC and investigation is on,” informed Nrupa Charan Dandasena, SDPO Brajrajnagar.