After father’s death, mentally ill girl confined to toilet for years in Odisha 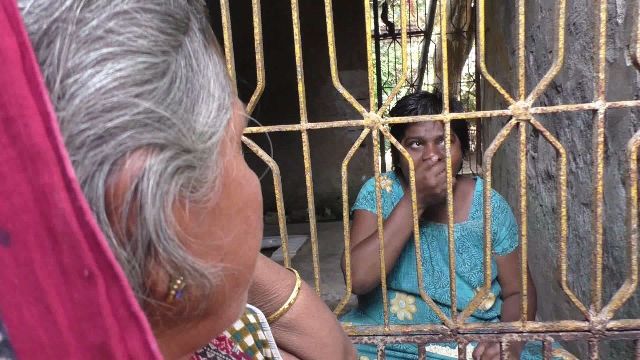 Bhanjanagar: A mentally ill girl was found confined to an unused toilet by her family members for the years here in Ganjam district.

The incident was reported from Balichhai village under Polsara block, where the victim Manju Pradhan has been spending her life in a toilet in the past 12 years.

Her mother sheds tears while looking at her young daughter under such condition. The victim is offered food in the toilet. She never recognizes her mother and brother when they enters the tiny room.

Manju was a normal girl 12 years ago. She was good in studies and the most adorable daughter in the family. However, she developed abnormality after her father’s death, said her mother Tamaal.

We were bound to put her in the toilet after she developed mental illness, she said.

Manju was detached from everyone in the world after she lost her father at very little age. She does not recognize anyone. We have sold assets and jewelries for treatment of Manju, but got no positive results, said Manju’s brother Kanhucharan.

According to reports, Manju was the most lovable daughter to her father Jagannath Pradhan among all her siblings. After sudden demise of her father, who passed away due to illness, she was completely shattered. Craving for her loving father, she stopped going to school and talking to anyone in the family. Even she detached herself from her friends. Subsequently, she lost her mental stability and started scolding others without staying at home.

The family members had consulted many doctors for the treatment of Manju but their efforts went in vain. Manju’s condition deteriorated slowly and she could not be brought to normal condition. Without any option, mother Tamaal and brother Kanhucharan put her in an unused toilet.

Neither Manju recognizes her mother or any other sibling nor does she respond to the treatment for years.

The family sought administration’s assistance for treatment of Manju.

40 more lose vision in one eye post-cataract surgery in…