After ‘filmy’, Odisha police gets ‘sporty’ to promote road safety 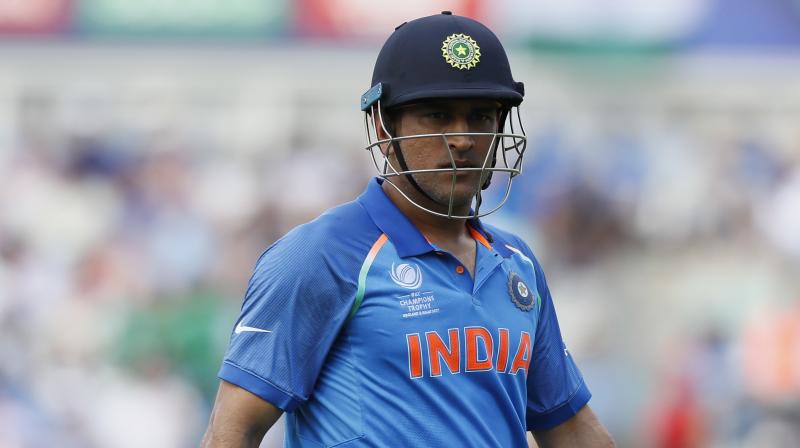 Keonjhar: Keonjhar Police’s social media team has come up with an interesting way to reinforce the importance of wearing a helmet. They did so by using the photos of star cricketers wearing helmets (both on and off the field) to drive home their message of safe driving.

In a tweet shared on Tuesday evening, Keonjhar police (@spkeonjhar) posted pictures of India’s star cricketers MS Dhoni and Virat Kohli wearing helmets while batting on the field and driving bikes on the road.

Odisha registers 360 fatalities due to road mishaps during lockdown

The account has a text which read: “with the bat or with the bike…..they don’t forget to wear helmet……why should you?.”

with the bat or with the bike…..they don’t forget to wear helmet……why should you? pic.twitter.com/rVrfCRLRgI

The tweet managed to attract attention online, with many hoping that such messages would work on people who fail to follow basic traffic rules.

Speaking to Odisha Sun Times about the unique campaign, Keonjhar Superintendent of Police (SP), Jai Narayan Pankaj said: “ We have been using social media to create awareness among people to use helmets while driving two-wheelers as people are now spending more and more time checking Facebook and Twitter.”

When asked whether such messages would work on people, the SP said “It might not work overnight but creating and maintaining awareness about road safety is definitely the need of the hour.”

The Keonjhar police has observed that many motorcyclists are just carrying the helmets in their hands while driving instead of wearing it. The district police had earlier urged these bikers to abandon such practice in a tweet.

The district police had earlier organised street plays at Barbil, Joda, Bhadrasahi, Beleipada and Champua to drive home their message of safe driving.

Though the Supreme Court made it mandatory for all states to strictly enforce rule for bikers, its enformcement is abysmally poor in almost all districts in the State, Pankaj informed.

The movements of heavy vehicles in the mineral-rich Keonjhar is always a cause for concern as bikers often hit trucks leading to increase in number of accidents and deaths.

Official statistics said as many as 312 people died in road accidents in the district in 2017. But thanks to repeated awarenss campaigns, the number of deaths has declined sharply in this year.

The cops had collected over Rs 10 lakh fine from traffic offenders in 2017. However, the fine collection from April to June this year stands at whopping Rs 67 lakh, Pankaj informed.

Villagers perform puja in Odisha’s Ganjam for safety of…