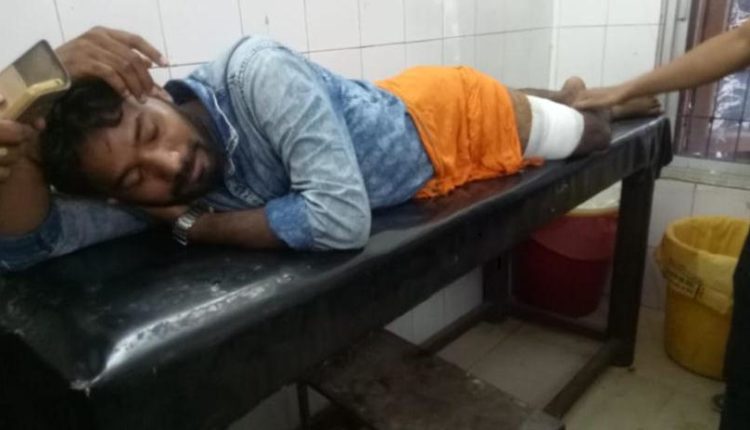 Angul: Hours after allegedly mauling a man to death at Tainsi village in Satkosia area of Odisha’s Angul district, Royal Bengal tigress ‘Sundari’ today attacked a reporter in the locality leaving him injured.

The victim, identified as Raghunath Sahu, reporter of a private news channel, was attacked by the animal when he had gone to the spot to collect information about the incident. The injured reporter has been admitted to the Angul district headquarters hospital in a critical condition, reports said.

Earlier in the day, the tigress had allegedly killed one Trinath Sahu (60) of the village while he had gone to the village outskirts for fishing.

Tension gripped the area following the incident as locals thrashed and detained the concerned Assistant Conservator of Forest (ACF) who went to the spot to take stock of the situation.

Till last reports came in, the villagers were panic-stricken as they suspected presence and movement of the tigress near the area.

Notably, the Royal Bengal tigress was released into the Satkosia Tiger Reserve on August 17 to increase the population of the big cats in the sanctuary.