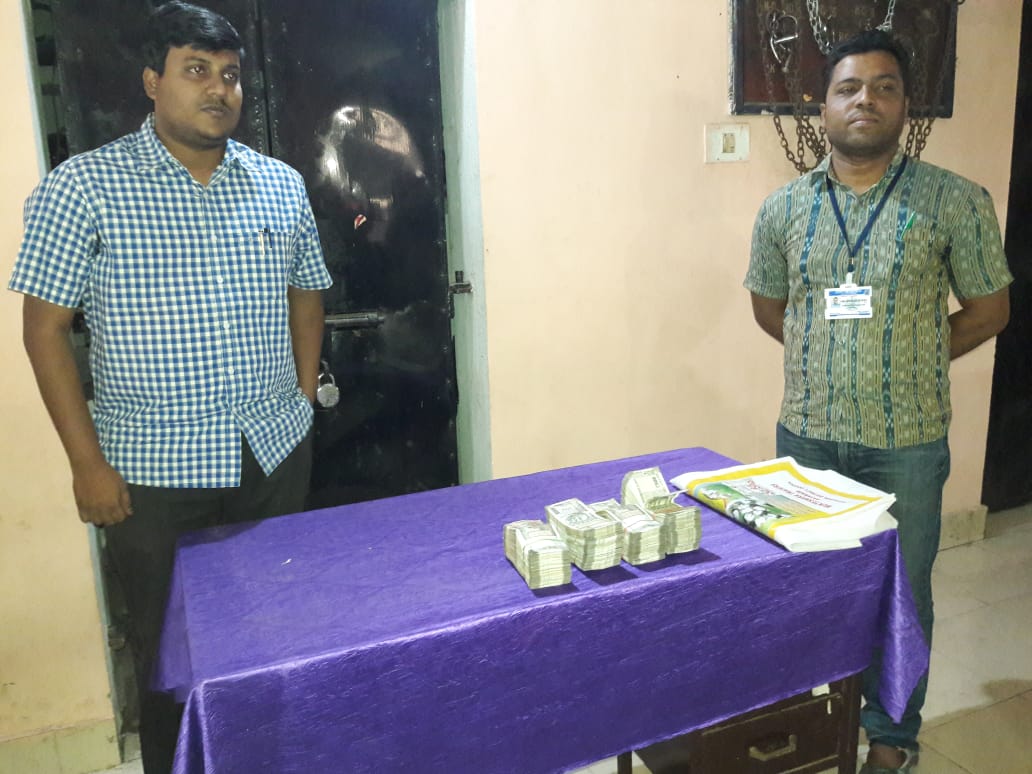 Rayagada: A day after cash seizure in Rourkela, a poll flying squad today seized Rs 10 lakh from a car near Kotpeta village in Rayagada district today.

A person identified as Padmanav was detained in this connection for interrogation. He introduced himself as the cotton trader.

The huge cash was seized by the election flying squad led by Rayagada Tehasildar Umashankar Behera while the accused was travelling on the car from Rayagada to Antamada.

However, the accused clarified that the cash was meant for payment toward the cotton farmers.

The Rayagada Town police initiated a probe to ascertain the source of money, intention of the accused behind carrying huge cash with him on the vehicle and any possible link for money disbursement during elections.

Last night, a similar incident was reported from Rourkela where the officials on poll duty seized over Rs 9 lakh from two cars.

Read: Over Rs 9 lakh seized from cars in Odisha’s Rourkela