After seven decades, Air India back with the Tatas 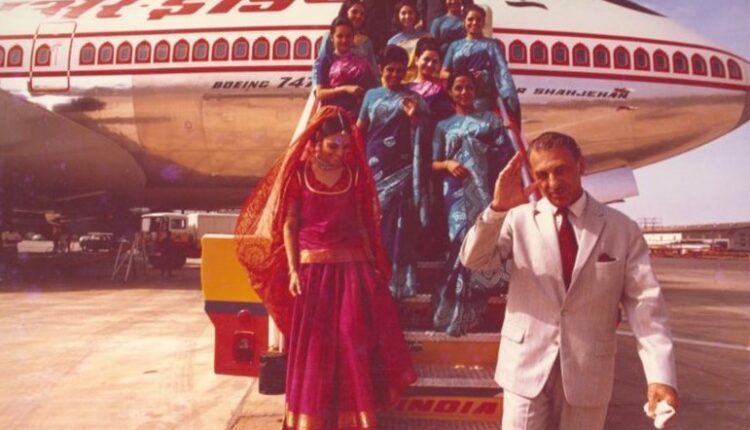 New Delhi: Life has come a full circle for the Tatas with the government declaring the corporate conglomerate the winning bidder to take over national carrier Air India.

The airline the group once started and nurtured into becoming the face of India globally has come back to its original owners now after 68 years.

The seeds for Air India were sown way back in 1932 when J.R.D. Tata flew a small aircraft between Karachi and Mumbai with mail. Impressed by the success of the flight, a former Royal Air Force officer offered to help him start a commercial airline service.

This became the country’s first India’s air service called the Tata Airlines. The airline had a very humble beginning as the company was set up with an initial capital of just Rs 2 lakh.

But ever since on its maiden flight between Mumbai and Delhi in 1937, the airline has never looked back and expanded and grown operations.

Tata Airline turned into Air India in 1946 the same year it went public and became a joint stock company. Soon afterwards, the Tatas initiated the country’s first experiment with public-private-partnership model offering the government to subscribe to 49 per cent of the airline’s capital, while the group retaining 25 per cent stake, and rest of shares being given to the public.

Tatas then wanted to transfer the management right to the government and therefore kept two per cent of its shareholding to be offered to the Centre to provide it full control of the airline. After taking control, the government in 1953 nationalised the airline with 100 per cent control with the state.

Before its nationalisation, Air India International was born too, which took the carrier abroad with first flight between Mumbai and London in 1948. Soon, this operation was expanded to few other cities as well.

The nationalisation of the carrier meant that Air India and Air India International were merged into a single state enterprise. But even under state control, J.R.D. Tata continued as its Chairman, a post he held till 1977. In fact, he remained on Air India board till 1986 when Ratan Tata took over to run the airline as its new head.

Under the government, Air India and domestic airline Indian Airline functioned till 2007 when a decision was taken to merge the airline into one entity. Soon after this merger, the airline stated showing signs of stress with losses mounting each passing year.

In June 2017, the government finally approved privatisation of the airline with decision to divest its entire 100 per cent equity.

The total debt of the airline, as of August 31, stands at Rs 61,562 crore while a Tatas subsidiary quoted Rs 18,000 crore enterprise value for it.