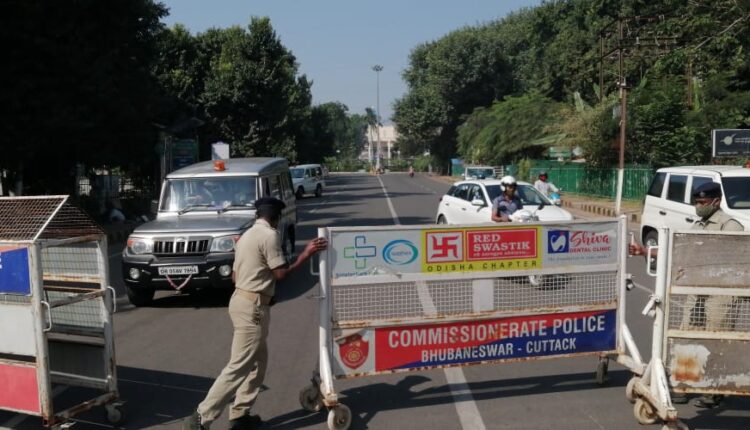 Bhubaneswar: After a series of self-immolation attempts were made in a week in front of the State Legislative Assembly in Bhubaneswar, the Commissionerate Police today closed the road completely for public.

The stretch of road between Jayadev Bhawan and Rabindra Mandap in front of the Assembly was sealed restricting movement of vehicles during the session.

Neither people nor vehicles will be allowed to move or ply on the road when the Assembly will be in the session, informed a police source today.

Only the emergency services will be allowed to move on the route on showing the necessary documents including the ID proof at the police check post, the source said.

Notably, three suicide attempt incidents took place in front of the Assembly last week during the winter session for which the Commissionerate Police considered to close the route completely to avoid any untoward mishap.

The security personnel have kept vigil on movements of people especially the pedestrians on roads near Assembly to foil self-immolation attempts repeatedly being made in front of the lawmakers’ building.