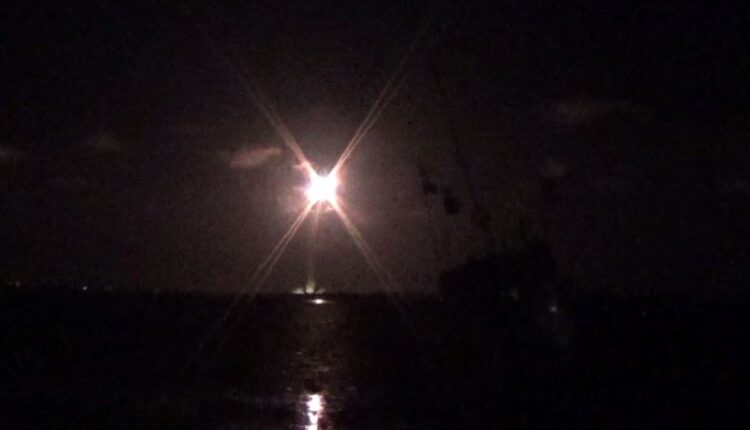 Bhubaneswar: India successfully test-fired Agni-5, a surface-to-surface ballistic missile, from the APJ Abdul Kalam Island, off the Odisha coast today. The intercontinental ballistic missile was test-fired by the Defence Research and Development Organisation (DRDO) at 7:50 PM.

The missile uses a three-stage solid fuelled engine and can accurately strike targets up to 5,000 km away.

The successful test of Agni-5 is in line with India’s stated policy to have ‘credible minimum deterrence’ that underpins the commitment to ‘No First Use’, said the Ministry of Defence.

The missile is 1.75 meters tall with a diameter of 2 metres. It’s 1,500 kg warhead will be placed on top of the three-stage rocket boosters that are powered by solid fuel.

Scientists have said that at its fastest, the Indian intercontinental ballistic missile will be 24 times faster than the speed of sound travelling 8.16 kilometres per second, and achieving a high speed of 29,401 kilometres per hour.

It is equipped with a ring laser gyroscope inertial navigation system that works with satellite guidance.

It is also capable of hitting its target with pinpoint precision. It can be launched from mobile launchers.

It is programmed in such a way that after reaching the peak of its trajectory, it turns towards the earth to continue its journey to the target with an increased speed, due to the earth’s gravitational pull.