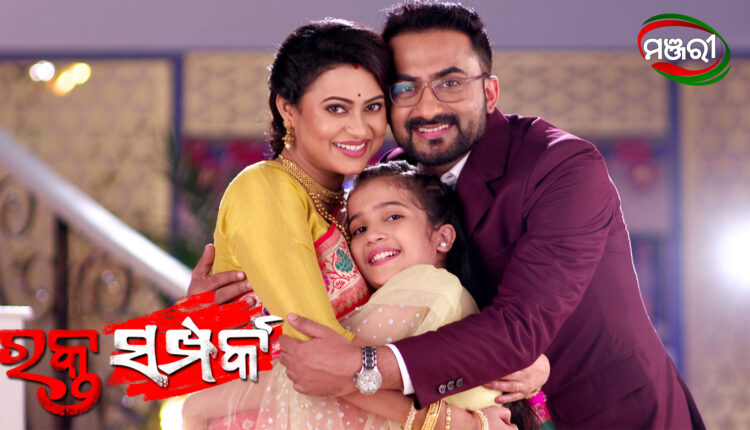 Bhubaneswar: Popular Odia serial “Rakta Samparka” aired on Manjari TV has already crossed 68 episodes. However, the suspense continues to unfold the identity of the character Ahuti, the little girl of Arundhanti.

According to storyline, Arundhanti played by Lipi Mohapatra had found a baby girl on her way back to home on the occasion of Janmastami many years ago. She had given her identity by adopting the baby as her daughter and now the little one has turned seven. But to this date, nobody knows the real parents of the baby.

Looking at the episodes of the soap which are available on YouTube, the viewers are on speculation that Ahuti is the daughter of Smitha. But, as per information available with the police, Smitha had given birth to a baby boy, not a girl. So where is the son of Smitha, who grew up in an orphanage?

Produced under the banner of Maa Mangala Life Colours Pvt. Ltd, Odia serial “Rakta Samparka” is based on the story of some people struck in the abyss of the relationship. The show, which is aired at 8.30 pm from Monday to Saturday on Manjari TV, has garnered a lot of appreciation from viewers. The performance of Lipi Mohapatra in the lead role of Arundhati, Partha Sarathi Ray as Sanjay and performance of other artistes such as Kailash Panigrahi, Manisha, Pratibha, Amit, Smarnika, Pradyumna Lenka and Gudiya have touched the hearts of audience.

While the script, screenplay and dialogue of the soap have been written by Ratikant Satpathy, Ramakrushna Padhi has directed the serial.

Recently, a new promo of the serial showcasing child artiste Prasidhhi as Ahuti has been applauded by the audience.