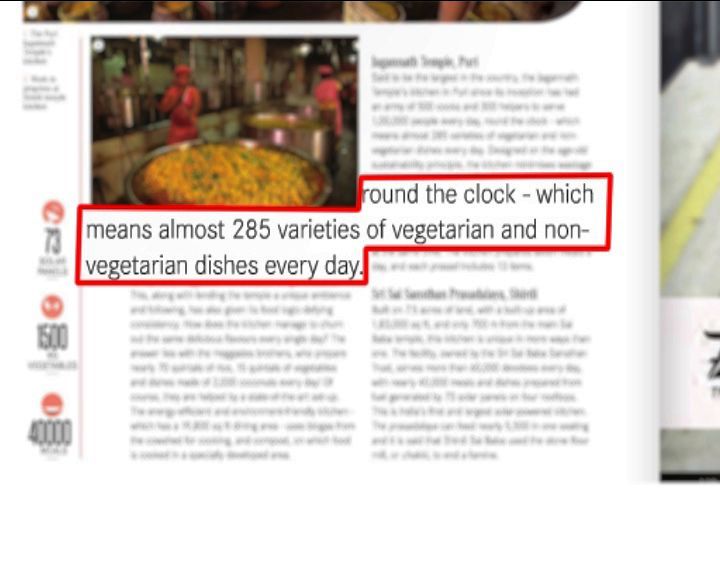 The airlines firm took to Twitter to apologise for the error and removed the magazine copies from its flights with immediate effect.

“#AI apologises for the error. Our intention was not to hurt sentiments. #ShubhYatra magazine copies have been removed with immediate effect,” AI tweeted.

“Henceforth, Air India will not publish any articles by this author. The author also provided a written apology for the same,” it added.

I, #AI CMD Ashwani Lohani, offer my apologies regarding the article on #ShubhYatra. Corrective action has been taken regarding the same. 1/2

Henceforth, Air India will not publish any articles by this author.The author also provided a written apology for the same. 2/2

“This is an unfortunate incident. We will take it up strongly with the appropriate authorities,” said Odisha Chief Minister Naveen Patnaik.

Notably, it has been mentioned in an article entitled ‘Devotion can be delicious!’ in Air India’s in-flight magazine Shubh Yatra that 285 varieties of vegetarian and non-vegetarian dishes are cooked everyday in Sri Jagannath Temple.

The controversial excerpt of the article: “Said to be the largest in the country, the Jagannath Temple’s kitchen in Puri since its inception has had an army of 500 cooks and 300 helpers to serve 1,00,000 people every day, round the clock – which means almost 285 varieties of vegetarian and non-vegetarian dishes every day.”

The incident came to fore after a passenger namely Rudraprasanna Rath noticed the error in the article following which he reportedly asked for feedback form from the flight staff but he was not provided with the form.

India to bat in final ODI vs New Zealand