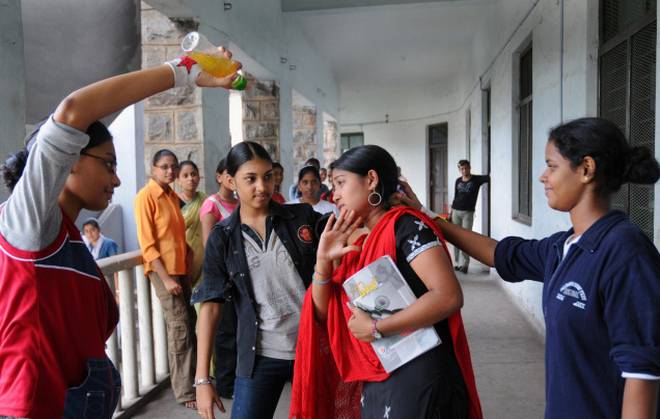 As per the guidelines, the criminal case will be lodged against the students for ragging the juniors inside the college campus.

Besides, the colleges affiliated to AICTE were asked to form an anti-ragging committee and squad, receiving undertaking from the students during admission into courses and accommodation in the hostel, regular visit to hostels and create awareness among students to stop ragging inside the campus.

The colleges were directed to display the guidelines through the banners and posters for the newcomers in the academic session for ragging-free campus.

The students were also advised to contact on the national anti-ragging helpline number 1800-180-5522 for registering complaint related to ragging.

The AICTE asked all the technical institutions it to implement the rules for ragging-free campuses.

The move came just after a report submitted at the UGC about the growing trend of ragging inside college campus.

According to a grievance report, Odisha has ranked fourth among five States in the list of campus ragging in India.

The statistics based on the grievances lodged with the UGC under the Ministry of Human Resource Development (HRD) between 2013 and 2017 revealed that total 207 allegations were reported from Odisha during the years, out of which most of the complaints were from the educational institutions affiliated to Biju Patnaik University of Technology (BPUT).

Following the report, Odisha government asked the authorities to expel students involved in ragging on premises of the educational institutions.

The Higher Education Minister Ananta Das has directed the department secretary to release a circular to all the colleges to initiate action against the students for ragging the juniors inside the campus.

Karunanidhi: A colossus in Dravidian politics

Odisha asks to expel students for ragging inside college…