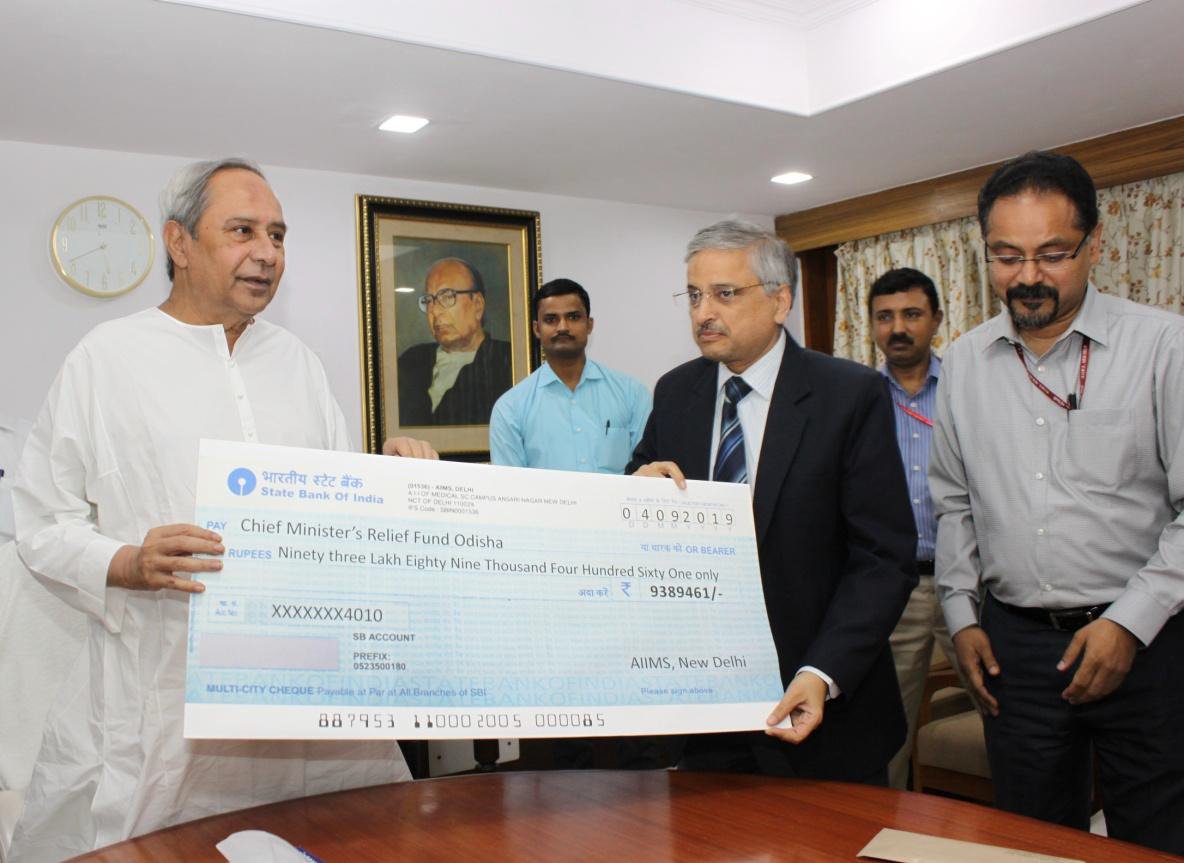 Bhubaneswar: The All India Institute of Medical Sciences (AIIMS), New Delhi has donated Rs 93.89 lakh to Odisha Chief Minister’s Relief Fund for the rehabilitation of the cyclone Fani-affected people of the state.

They presented a cheque of about Rs 93.89 lakh to the Chief Minister’s Relief Fund for cyclone Fani as one-day salary contribution of employees of AIIMS, New Delhi, an official release issued by the chief minister’s office said.

Patnaik thanked the doctors and staff of AIIMS, New Delhi for their contribution. The Chief Minister also thanked AIIMS and the entire team of doctors, paramedics and other staff for their outstanding surgical interventions and care in handling the Jaga-Kalia case.

The doctors of AIIMS, New Delhi had successfully separated the heads of the conjoined twins Jaga and Kalia through surgery in 2017. The twins were discharged from AIIMS on September 6 this year and are now admitted to SCB Medical College and Hospital, Cuttack.

COVID-19 spread may spike in monsoon, winter with fall in…