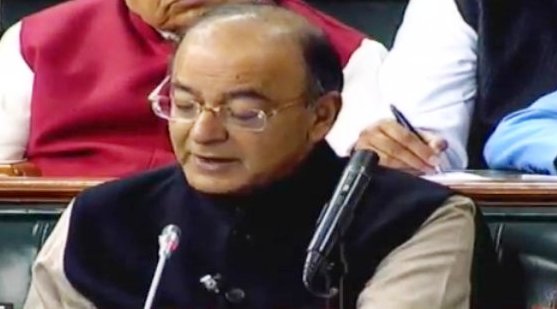 Finance Minister Arun Jaitley on Saturday said that the government expects to collect Rs 19-20 lakh crore in direct and indirect taxes in 2017-18, which could further increase if greater compliance was ensured.

“This year we plan to collect Rs 19-20 lakh crore in direct and indirect taxes,” Jaitley said here in his address at the Enforcement Day celebrations.

He noted that experts can indicate that this figure could be higher if India was a tax-compliant society.

Asking the Enforcement Directorate (ED) to strictly penalise offenders, Jaitley said that the government agency should set an example so that people realise the benefit of voluntary compliance.

“I hope in the period to come, ED will strictly enforce the law to raise legitimate revenue which is in larger public interest, which can only be achieved by ensuring voluntary compliance of the people,” he said.

Jaitley said that ED needs to expeditiously use its penalising power for increased compliance.

“I am sure that you can take most of the cases to its logical conclusion. Once we are able to make an example out of some of these offenders, the others will realise the benefit of compliance brings individually to them and to the society,” he added.

Jaitley said that the fear of consequences can ensure compliance.

“Our target is to make sure that India evolves from non tax-compliance to highly compliant as it moves from a developing to a developed country. The fear of law itself and the fear of consequences will itself ensure that compliance takes place. Technology has various tools to detect this.

“Over next few years, we seek to evolve from developing to developed state and compliance in tax laws has been a feature of developed states,” he added.

Jaitley said that more and more countries were becoming tax compliant with the use of IT and other technology as detection has been made easier.

He said that money laundering is prevalent in terms of hawala transactions, flight of capital outside the country and through shell companies. (IANS)

Construction of chariots for Ratha Yatra begins in Odisha