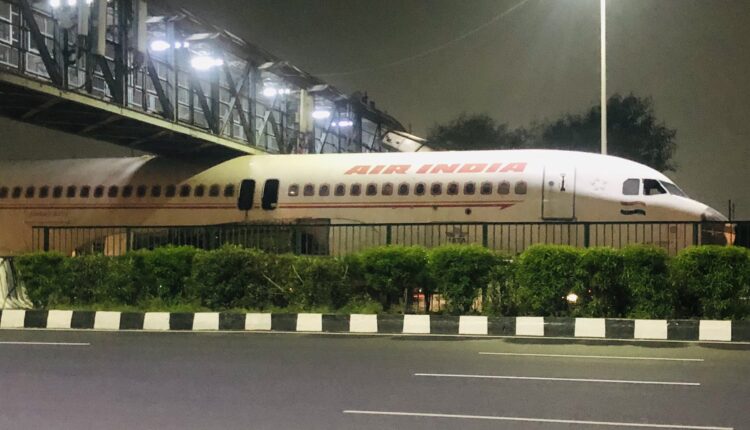 New Delhi/Bhubaneswar: It was indeed a bizarre scene on Delhi-Gurugram highway near the Delhi Airport as an Air India plane was seen being stuck under a foot overbridge.

It left the passersby scratching their heads wondering how the aircraft ended up being under a foot overbridge.

The Air India later issued a statement clarifying that the aircraft is a deregistered and scrapped one. The incident took place when the scrapped plane, which was sold off, was being transported.

“This is a deregistered scrapped aircraft of Air India which has been sold off. This was transported last night by the party. Air India has got no connection whatsoever with the aircraft under any circumstances,” Air India said in a statement.

Memes and jokes soon flooded Twitter over the incident.

Decrease some air of tires.😂

What’s funny is the guy who bought the plane is transporting it by truck and am sure if he buys trucks will transport them by air.

This is like the kind of stuff that would appear when I get dreams where there’s a train running on the road and I’m scared.

Except, this is real 😂 https://t.co/XdgfeGlDVY