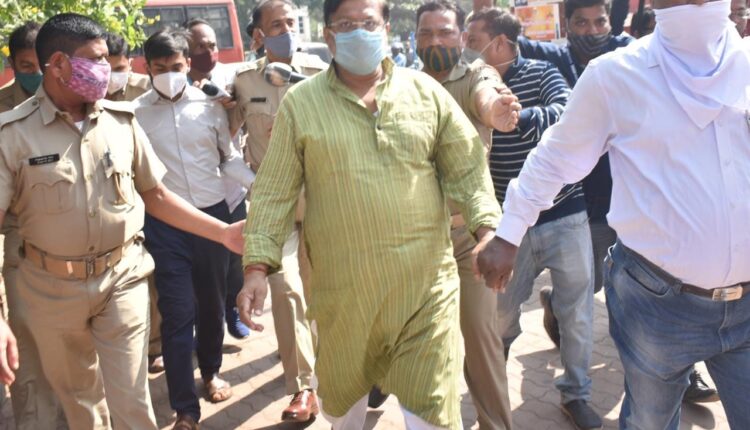 Bhubaneswar: “I have not duped anyone and have proofs for the same,” said Akash Pathak, son of arrested suspended IFS Officer Abhay Pathak while pleading before the Sub-Divisional Judicial Magistrate (SDJM) Court here today.

Both the father and the son were produced before the court by Commissionerate Police today. The Kharavel Nagar police also informed the court about new cases lodged against the duo.

Meanwhile, Odisha Crime Branch (CB) has taken Akash Pathak on a five-day remand starting today as the SDJM Court allowed the former for the same. Source said the CB will conduct a face-to-face interrogation of the trio-Pathak, his secretary David Peter and expelled BJD  leader and Gopalpur MLA Pradeep Panigrahi.

Worth mentioning, Akash and his father Abhay Kant Pathak have been arrested by the Odisha Vigilance on charges of amassing assets worth crores disproportionate to their known sources of income. Akash has also been accused of defrauding people on pretext of job.