Alarm as Maharashtra COVID-19 cases shoot up to 63 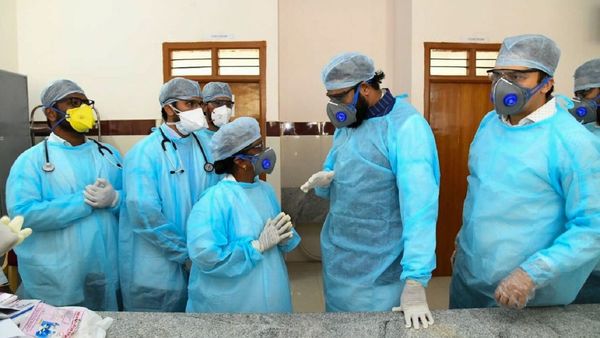 While one case is from Pune, 10 are detected in Mumbai, including three who are ‘first contact’ afflictions with no history of foreign travel, sending alarm bells ringing among the health authorities.

As the state continued to lead in the number of active cases, Tope again warned of the axe falling on Mumbai’s lifelines – the suburban trains and buses – and reiterated that people strictly remain indoors as ‘isolation’ is the key to battling the COVID-19 virus.

“If the people don’t heed and continue to use public transport unnecessarily, we have to think otherwise. Even the rush of the working class to the railway stations to return to their native states is concerning,” Tope told mediapersons.

Chief Minister Uddhav Thackeray – who slapped a total ban on private offices, slashing attendance in government offices to 25 percent and statewide cancellation of Class I-VIII exams – will tour some railway stations before taking a final decision to shut down public transport.

“A rise from 52 to 63 in a day is big. People’s cooperation is needed to fight this calamity. We are in Phase II and maybe headed for Phase III. The spread is mostly ‘imported’ through people who came from abroad,” Tope said.

With Thackeray and Nationalist Congress Party President Sharad Pawar in regular touch with the Centre, he said the state has sought clearance to allow private labs to conduct tests within stringent norms.

Among the ongoing measures, the government has postponed all planned surgeries in civic, public health and medical college hospitals to divert all medical resources to fighting Coronavirus, 7000 quarantine beds added in the state besides 250 isolated beds.

He assured that there would be no shortage of funds to tackle the ‘war against viru’ in the state.

On Friday, the government had slapped a total ban on all non-essential services in Mumbai, Pune and Nagpur as a measure to reduce crowds.

Tope said the state has completely banned all flights from worst-hit 12 countries besides exercising extreme precautions for flights from all other nations at the three international airports in Mumbai, Pune and Nagpur since the past over a month.

Last Tuesday (March 17), COVID-19 claimed its first victim in the state after a 63-year-old man who returned from Dubai, passed away in Mumbai’s Kasturba Hospital.

However, his wife and son who also tested positive are currently under treatment in the same hospital.