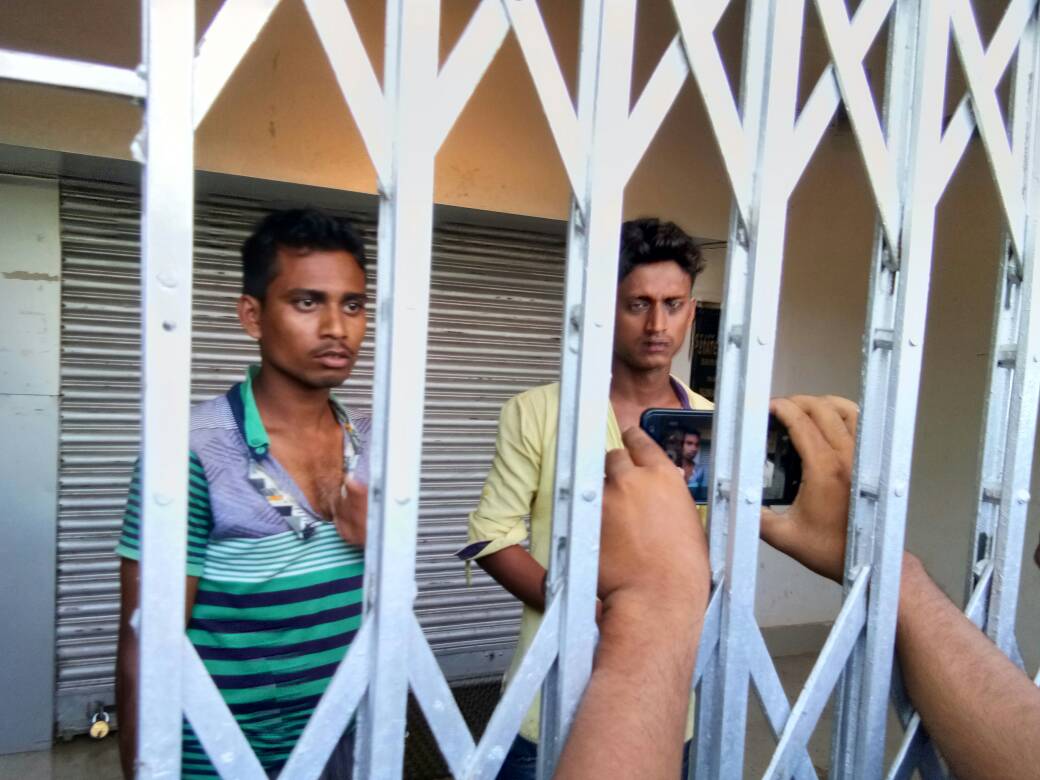 Balasore: Two robbers were today apprehended by villagers at Srirampur under Basta police limits in Odisha’s Balasore district while trying to loot a bank.

According to reports, five miscreants came on two bikes and broke into the Srirampur SBI branch late last night.

Two of them were caught by locals this morning while breaking locks and three others managed to flee the spot.

The villagers later detained the duo locking them inside the bank.