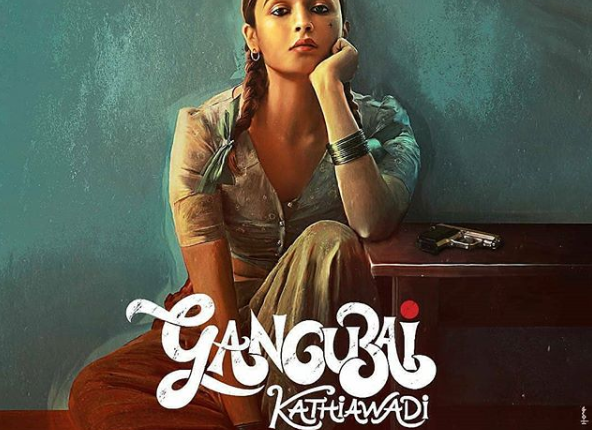 Bhubaneswar: The first look posters of Alia Bhatt’s next with Sanjay Leela Bhansali Gangubai Kathiawadi have been released. Yesterday, the star took to her Instagram profile and shared a short video of the movie. Today we got hands on the first look of the posters of the movie featuring Alia Bhatt.

Priyanka, Katrina, Alia to team up for first time on big screen

In the first poster, once can see the young version of Gangubai, where Alia looks vulnerable. She sported wearing a skirt and a blouse with hair plaited in two. She completed her look with a red Bindi, small hoop earrings and some green bangles on her wrists . A gun can also be seen placed on a table beside her.

In the second poster, Alia looks like a complete mafia queen, her dark kholed eyes and a big red Bindi with a nose pin, earrings and a choker necklace.

This project will see Bhansali productions collaborating with Jayantilal Gada’s Pen India India Ltd for this flick. Alia will be seen playing the character of a gangster who is the most powerful, loved and respected person of Kamathipura brothel during the 1960’s who was forced into prostitution into an early age.

Gangubai is based on the legendary brothel runner who changed the face of Mumbai’s Kamathipaura and became the most influential in the city, with notorious criminals serving as her clients.