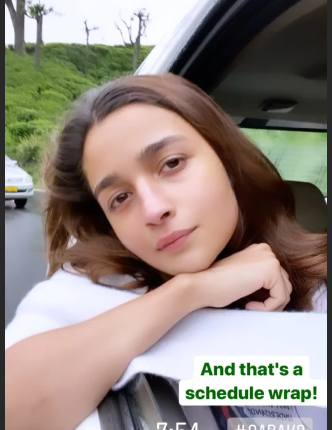 Flaunting a no make-up look, the 26-year-old took to Instagram Stories and posted a Boomerang video to announce the schedule’s wrap up. “And that’s a schedule wrap,” she captioned the image.

“Sadak 2” marks the return of Mahesh Bhatt as director. The film is a sequel of the 1991 hit “Sadak”, which featured Pooja Bhatt and Sanjay Dutt in the lead roles.

Kangana: If you don’t know what to do on Navratri,…

“Sadak 2” is scheduled to release on July 10 next year.