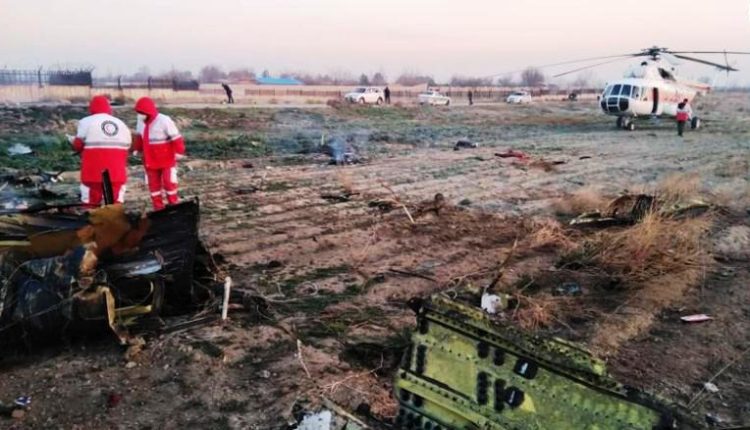 Tehran:  A Kiev-bound Ukrainian plane crashed on Wednesday shortly after taking off from the Iranian capital city of Tehran, killing at least 170 people on board, authorities said. The number of people on board was initially reported to be 180, but Iranian media have differed on the figure — 169, 170, and 176.

A BBC report quoted the head of Iran’s Red Crescent as saying that it was “impossible” for anyone to have survived the crash.

Press TV quoted Ali Khashani, a senior public relations official at Tehran’s Imam Khomeini International Airport, as saying that all the 160 passengers and nine crew members of the plane had died in the crash. He added that the Boeing 737 operated by the Ukraine International Airlines (UIA) went down early Wednesday in the vicinity of Parand, a city in Robat Karim county.

The plane caught fire after crashing, Kashani said, adding the accident was likely due to technical problems.  Meanwhile, Pirhossein Koulivand, head of Iran’s emergency services, told Tasnim News Agency that 167 passengers and nine crew on board were killed. Koulivand added that the fire had been extinguished and emergency crews were now collecting bodies. Reza Jafarzadeh, a spokesman for Iran’s Civil Aviation Organization, said that the number of people on board was 170.

50% people develop antibodies against COVID-19 in this…