All ‘Singham’ copyrights are with us: Rohit Shetty 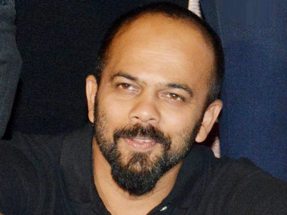 Mumbai: Filmmaker Rohit Shetty on Saturday issued a statement clearing the air around the next instalment of Bollywood film franchise “Singham”, saying any film entity reporting to make “Singham 3” is inaccurate.

The statement read: “We would like to inform once again and reiterate that all titles, copyrights and trademarks relating to the Bollywood ‘Singham’ franchise belong solely to Reliance Entertainment in its whole. News of any other production house or film entity reporting to make ‘Singham 3’ or any feature film on ‘Singham’ is inaccurate and baseless.”

The statement was issued after reports about actor Sunny Deol replacing Ajay Devgn in the franchise created a buzz.

Director and producer Shetty also said: “Yes all copyrights are with us to make any films as part of the Singham franchise as well as use the name in the film titles, hope this clears the recent rumours on the same.”

At the moment, Shetty is busy with “Golmaal Again”.
(IANS)

‘Shubh Mangal Saavdhaan’: Get It Up With Ayushmann (Review)