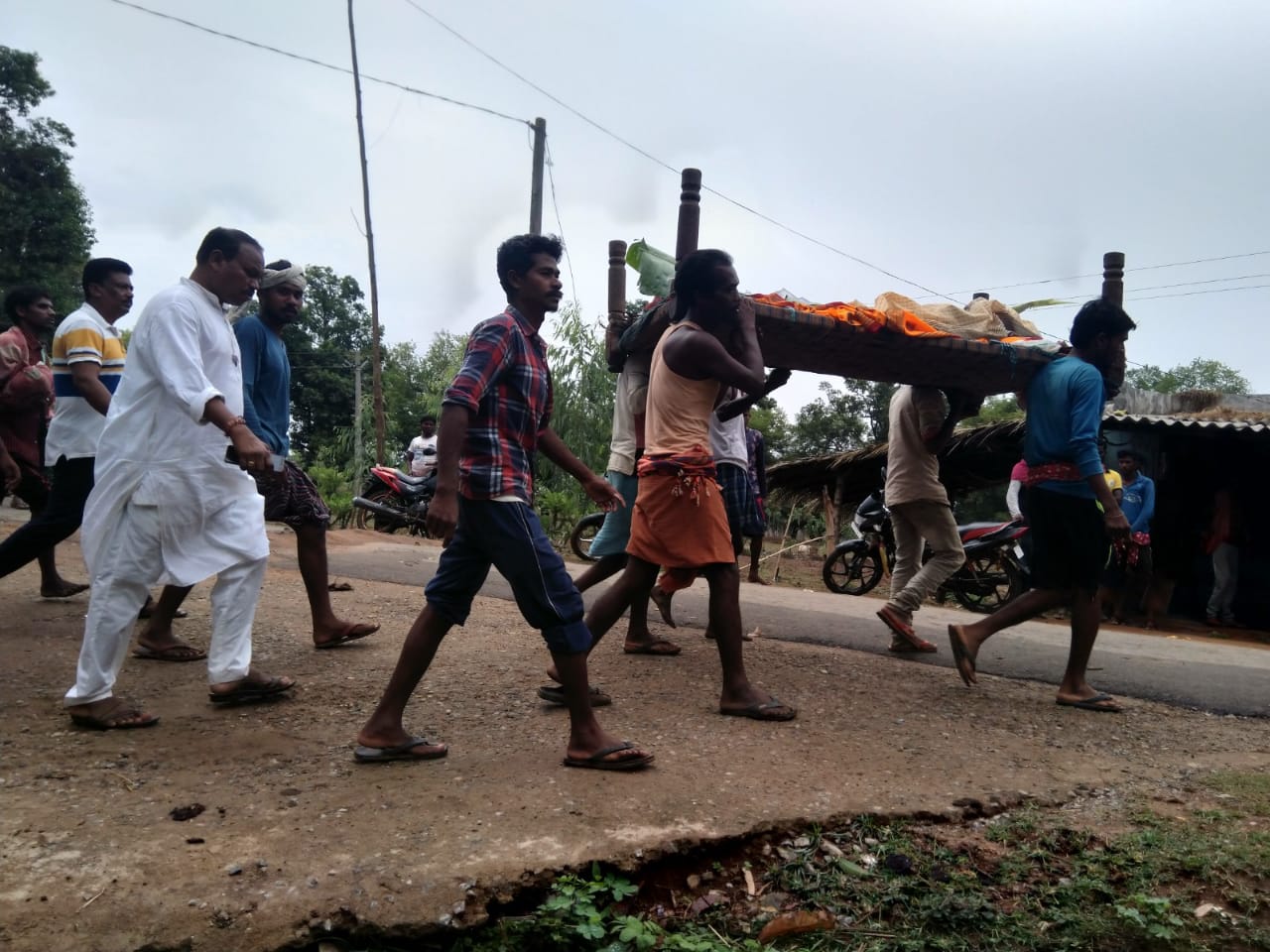 Nabarangpur: Family members of Gobardhan Bindhani, who had died allegedly due to police excess in Odisha’s Nabarangpur district, today accepted the body after intervention of Dabugam MLA Manohar Randhari.

Earlier in the day, Gobardhan’s body reached his village in a hearse arranged by the district administration but his kin refused to accept it alleging that cops were trying to supress the custodial death matter.

Later, they accepted the body and conducted the final rites after the legislator assured them of action against the accused.

Kodinga police had picked up 62-year-old Gobardhan from Khatiguda market over his alleged involvement in gambling. He was detained at the Kodinga police station and later taken to the District Headquarters Hospital (DHH) as his health condition deteriorated.

Nabarangpur ASP SN Mohanty said Gobardhan died while being shifted to Visakhapatnam from Nabarangpur for treatment. The allegation of custodial death will be investigated and necessary action will be taken against any police official found guilty, he said.

Two die of electrocution at brick kiln in Odisha