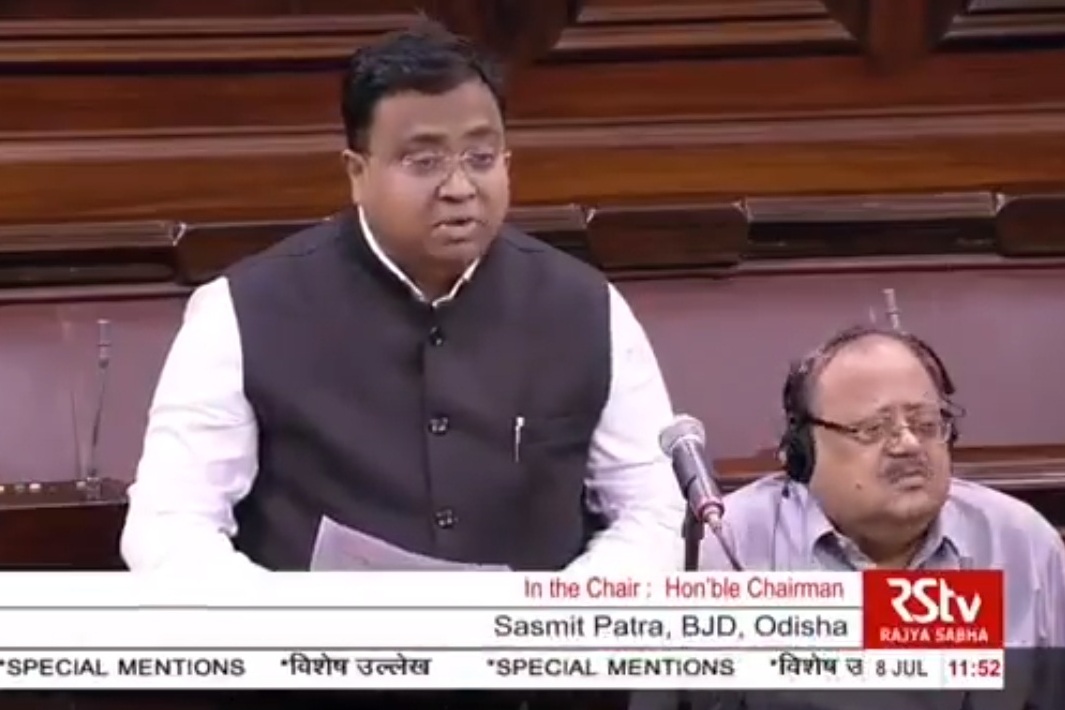 Bhubaneswar: On second day of Monsoon Session of the Parliament today, Odisha MP Sasmit Patra reiterated Chief Minister Naveen Patnaik’s demand for allotment of a suitable land in Delhi for setting up of Odisha Cultural Centre and Library.

The BJD MP issued a notice for special mention in this regard, which was accepted by the Secretary General of Rajya Sabha.

Pressing for the demand, Patra said the project would add to the richness and diversity of the national capital as well as showcase to the world the rich culture, heritage, legacy and traditions of Odisha.

“Odisha is a land of culture and tradition. While the dance form of Odissi has achieved world-wide acclaim, Odia language is recognized as one of the six classical languages in India. Odia cuisine, textiles, handloom and handicrafts are known for their richness in culture. However, people of Odisha do not have a suitable permanent space in Delhi, where they can showcase such cultural richness of the state,” he said in the Upper House.

The Parliamentarian pointed out that many states like Tamil Nadu, Karnataka and Andhra Pradesh have been provided space in the national capital to host cultural and social events for promotion of their respective state’s culture.

“Odisha Government has expressed its strong resolve to establish Odisha Cultural Centre and Library in Delhi. This initiative  would attract both foreign and domestic tourists, popularising the cultural forms of Odisha,” he added.

It is pertinent to mention here that CM Naveen Patnaik, on December 7 last year, had written to Union Housing and Urban Development Minister in this regard.