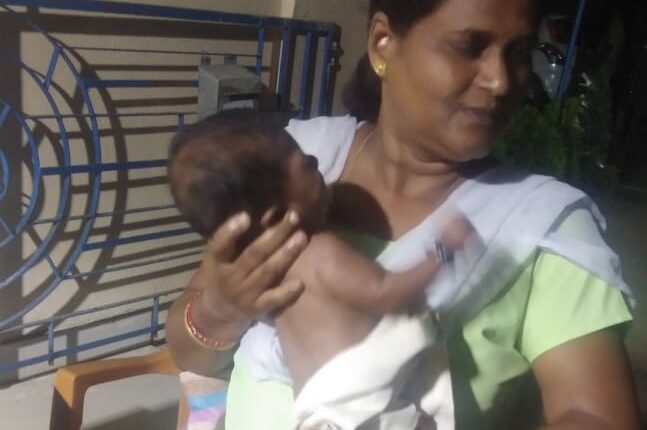 Bhubaneswar: A widow allegedly sold her 3-month-old baby boy after being allured for marriage. The incident sent shock waves among denizens in the capital city.

According to reports, the woman resides at Salia Sahi in Bhubaneswar. She has also a daughter. After death of her husband, she was facing difficulties to manage household expenditure.

Recently, she had come in contact with a sanitation worker, a resident of Behera slum in Rental Colony area. As he has no male child, he wanted to buy the baby from the woman alluring her of getting her married in Delhi. The woman agreed on the proposal and sold her infant to the person for an amount of only Rs 6,000, source said.

The sanitation worker had taken the finger print of the woman on a plain court paper very tactfully to evade further legal action against him.

The matter came to fore after intervention of childline that registered a complaint at the Nayapalli Police Station. During a joint raid by police and childline at the slum, the sold baby was rescued from the sanitation worker.

The police handed over the baby to the woman and detained the sanitation worker for interrogation. The woman has been provided with Rs 2,000 financial assistance from Mo Sarkar fund.