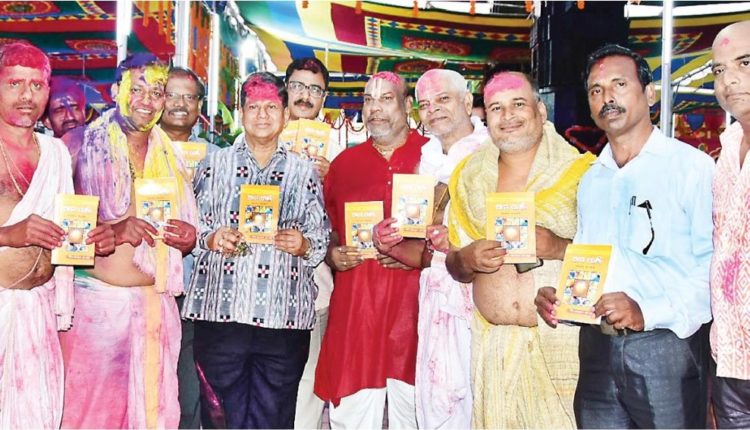 Puri: Ama Odisha Panji, an almanac published by Sambad Group, for the year 2020-21 has been released on holy occasion of Dola Purnima in Puri.

Later, the Panji was offered to Lord Jagannath and formally it was released at Singhadwara of Srimandir.

Speaking on the occasion, Patnaik said that the Panji by Ama Odisha has been prepared listing a set of forthcoming events this year as well as next year upto Maha Bisuba Sankranti or Pana Sankranti, which is observed as the New Year in Odisha. The almanac has earned popularity in a past few years for its preciseness and affordable cost.

While other almanacs are available in Odisha at higher prices, Ama Odisha Panji has been priced at only Rs 20.

Servitor injured as portion of idol inside Puri Srimandir…