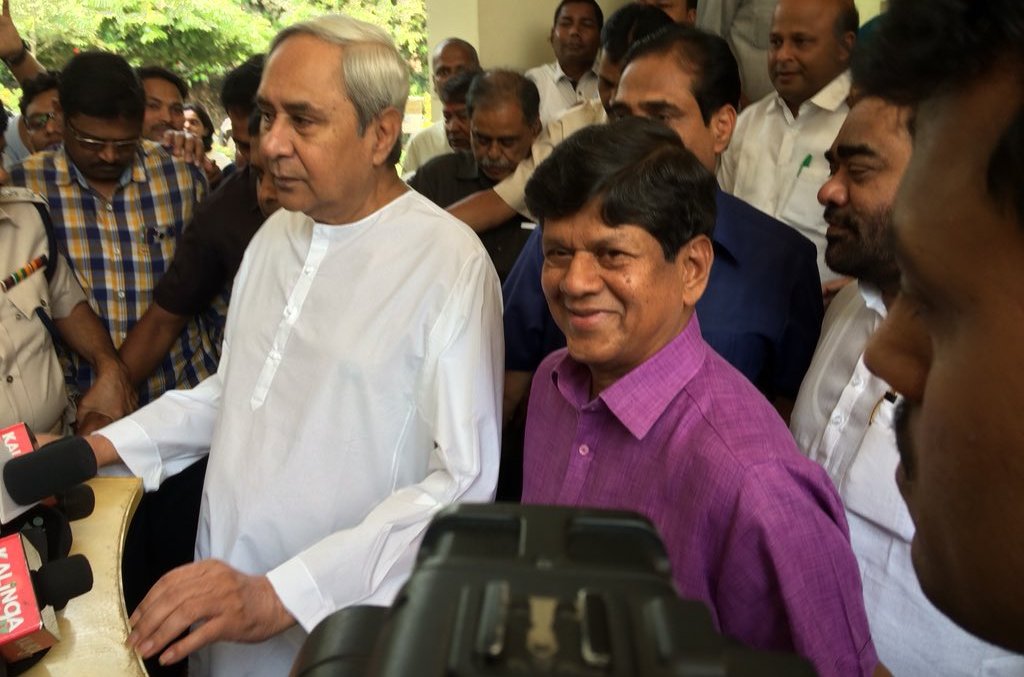 A formal announcement in this regard was made by Chief Minister and BJD supremo Naveen Patnaik after Soumya Ranjan Patnaik met him at Naveen Nivas, residence of the CM, here.

“I am very glad that Soumya Ranjan Patnaik is joining the Biju Janata Dal today. I am sure he will be a tremendous asset to the party,” the BJD chief said.

In his reaction, Soumya Ranjan Patnaik said, “I was personally invited by Biju Patnaik 23 years ago to join him in politics. After 23 years, I am joining a party named after him. In my opinion, all political powers should unite for the interest of Odisha and play a decisive role in the state’s development.”

“I have not set any terms and conditions for joining the BJD. I will continue my work for resolving issues of duped chit fund investors and farmers of the state,” he added.

A formal announcement regarding the merger of Ama Odisha Party with the BJD will be made soon, he said.

Founder and editor of leading Odia daily ‘Sambad’, Soumya Ranjan Patnaik was elected to the 11th Lok Sabha from Bhubaneswar constituency on Indian National Congress ticket in the year 1996. He was expelled from the Congress party in 2013.

He later founded the Ama Odisha Party on November 26, 2013 with the dictum “Maa, Mati O Matrubhasha” and contested in the 2014 elections from Khandapada assembly constituency in Nayagarh. He lost to BJD’s Anubhav Patnaik in the poll by a narrow margin of mere 601 votes.