Amaal Mallik: I don’t respond well when people attack me 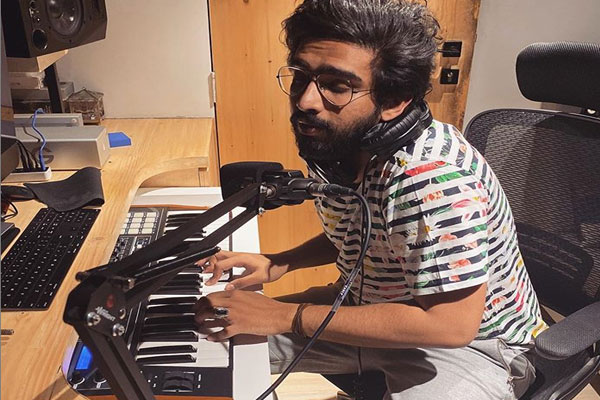 New Delhi: Amaal Mallik likes to describe himself as a clean, spiritual musician. He says he does not respond well when people try to corner him, or try to come between him and his passion for music.

That’s the emotion the singer-composer picked to channel in his debut pop song “Tu mera nahi”, a heartbreak number he has composed and sung, on the lyrics by Rashmi Virag.

“There is no script or story that is readily available to work on. Artistes usually tune inwards to look for influence and emotion. It’s not always necessary that one needs to be experiential in nature. Even the understanding of a certain emotion leads you to express. `Tu mera nahi’ comes from a place of longing,” Amaal said.

“It’s also an emotion that I relate to as I’ve been through this several times, with several people — whether a friend or a relationship. Many people walked away from my life saying ‘Tu mera nahi’ to me because I wouldn’t socialise, go out, never had ‘Oh the weekend is here’ kind of life,” he added.

“Some people didn’t understand the fact that I need a lot of space, and don’t respond well when people attack and try to corner me. I’m like a three year old with a machine gun in those moments (laughs). But I’m a clean spiritual musician and that’s all I want to be, unadulterated. My inner circle of friends don’t get my madness and dedication to my craft, and sadly I can’t keep it together when anybody comes between me and my music, or me and my simplicity. So that’s something I’m working on, and via this song I want people to learn the simple rule of letting it go, even though it’s hard,” he said.

Amaal feels one should just quit a relationship “if it doesn’t make you healthy, mentally stronger, more fearless, bring a smile upon your face”.

“It’s time to leave, because toxicity will set in. I’m not saying don’t try to fix it, I try to fix things if people have misunderstood me. But every human being gets tired, and my self-respect takes over the feeling of love, which is the right thing to do,” he added.

Asked how he views the growth of pop in India, he said it is the era of recovery and resurgence.

“Indie-pop was booming in the early 2000s and then saw a drop due to the number of film releases growing by the hour, leading to lesser opportunities for non-film artistes. Things are way better now, as digital is the way to go. Back in 2015, I was part of the ‘new era’ so to say, as the Indian pop scene started re-emerging all over again, with ‘Zindagi aa raha hoon main’, ‘Chal wahan jaate hain’ (which he composed),” he said.

“Today, we stand in a time of recovery and resurgence. Clearly pop is on its way back! So, short stories with heartfelt messages and a melodious song is what I feel will work with any audience at any given time. Most artistes turn to pop for a voice and a platform, but I’m here mainly for my fan family,” added the young composer.

Amaal made his debut as a composer in his early twenties with the 2014 film “Jai Ho”. He is known for composing chartbusters like “Sooraj dooba hain”, “Main hoon hero tera” and “Naina”. In the film world, he has sung numbers like “O Khuda”, “Gulabi 2.0” and “Aashiq Surrender Hua”.

Now in the pop space, he wants to explore the unexplored and surprise his fans.

“It’s best if I’m unaware of what I can do and add. I think if I’m aware and conscious about it, I may tend to repeat myself and that’s something I never want to do. I just hope the audience always feels that there is something fresh. Either in the audio or the video or both, I’m going to mix it up. I will keep experimenting with sound and stories and try to surprise them,” said the singer, who has collaborated with short video app Triller for the song, and hopes it will take “the song to a new level of reach and response”.