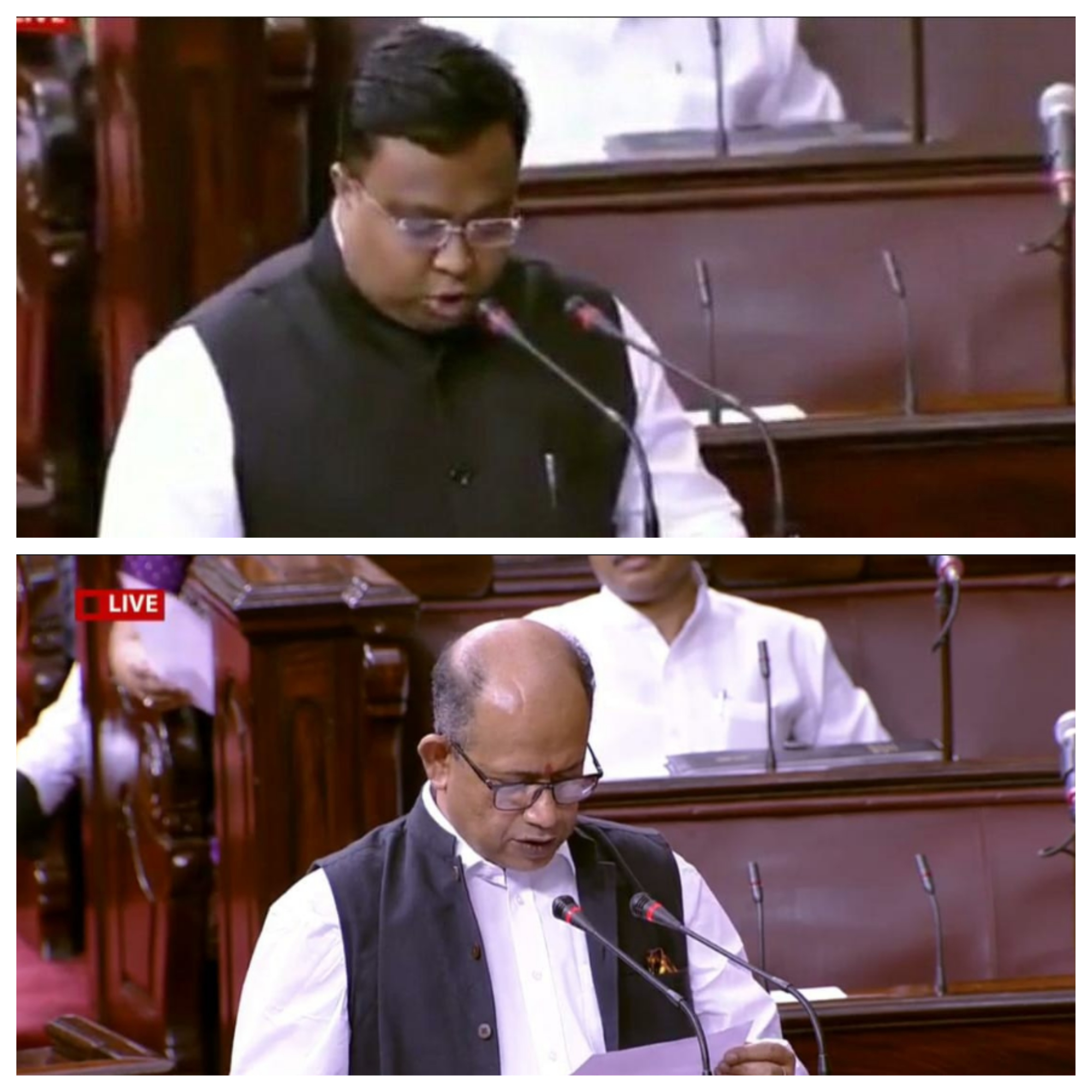 Both the candidates elected unanimously in the Rajya Sabha bypolls were administered oath by the Vice President Venkaiah Naidu.

Earlier, Bharatiya Janata Party (BJP) candidate Ashwini Vaishnaw was sworn-in as the member of Rajya Sabha from Odisha after being elected unopposed. He was sent to the upper House of India Parliament having support from the ruling BJD.

Notably, the BJD sent its IT Cell Chairman & spokesperson Amar Patnaik and spokesperson Sasmit Patra to the Rajya Sabha in place of Achyutananda Samanta and Pratap Deb respectively. Similarly, Vaishnaw is representing Odisha in place of Soumya Ranjan Patnaik.

The three seats were lying vacant after Samanta, Deb and Patnaik won the recently held Lok Sabha and Assembly polls.